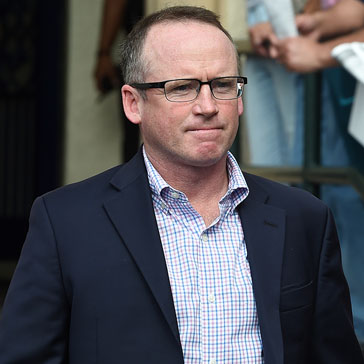 Brendan Walsh grew up on a small dairy farm in Ireland where he learned to ride at a young age. After a stint at a jockey school, Walsh parlayed experience working for an equine veterinarian into a spot at the prestigious Irish National Stud training program. He worked at Kildangan Stud for Sheikh Mohammed, but was more drawn to the track environment, which eventually led him to Sheikh Mohammed’s racing divisions in Dubai and at Arlington Park.

Walsh spent a number of years as an assistant for Eddie Kenneally before venturing out on his own at the end of 2011. His trainees have amassed over $27 million in purses since, led by multiple G1 winner Maxfield and successful international winners Extravagant Kid and Plus Que Parfait.