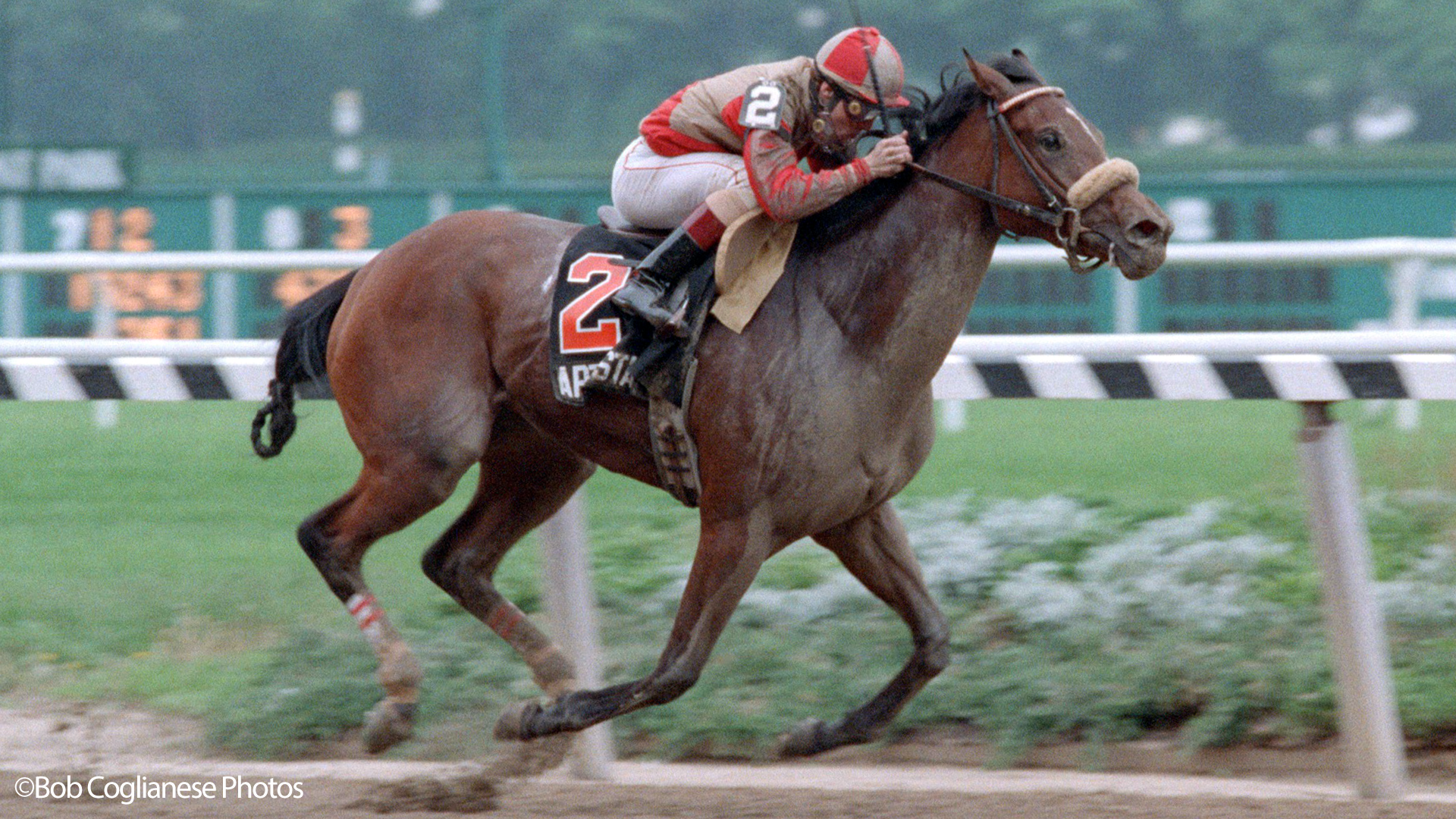 A multiple stakes winner in the late 1980s, this Fappiano filly won the 1988 G1-Acorn Stakes, G2-Bed O’ Roses and the G3-Vagrancy in her stakes filled career.

Aptostar was sold to Moyglare Stud in Ireland after her racing days where she continued to excel in the breeding shed. Her descendants have earned group or graded blacktype throughout Europe, in the United States, and in New Zealand. Perhaps the best of the highly accomplished group, which also includes three separate fillies who placed in the incredibly prestigious Prix de l’Opera, Irish Oaks, and Irish 1000 Guineas, is Irish St. Leger winner Royal Diamond.