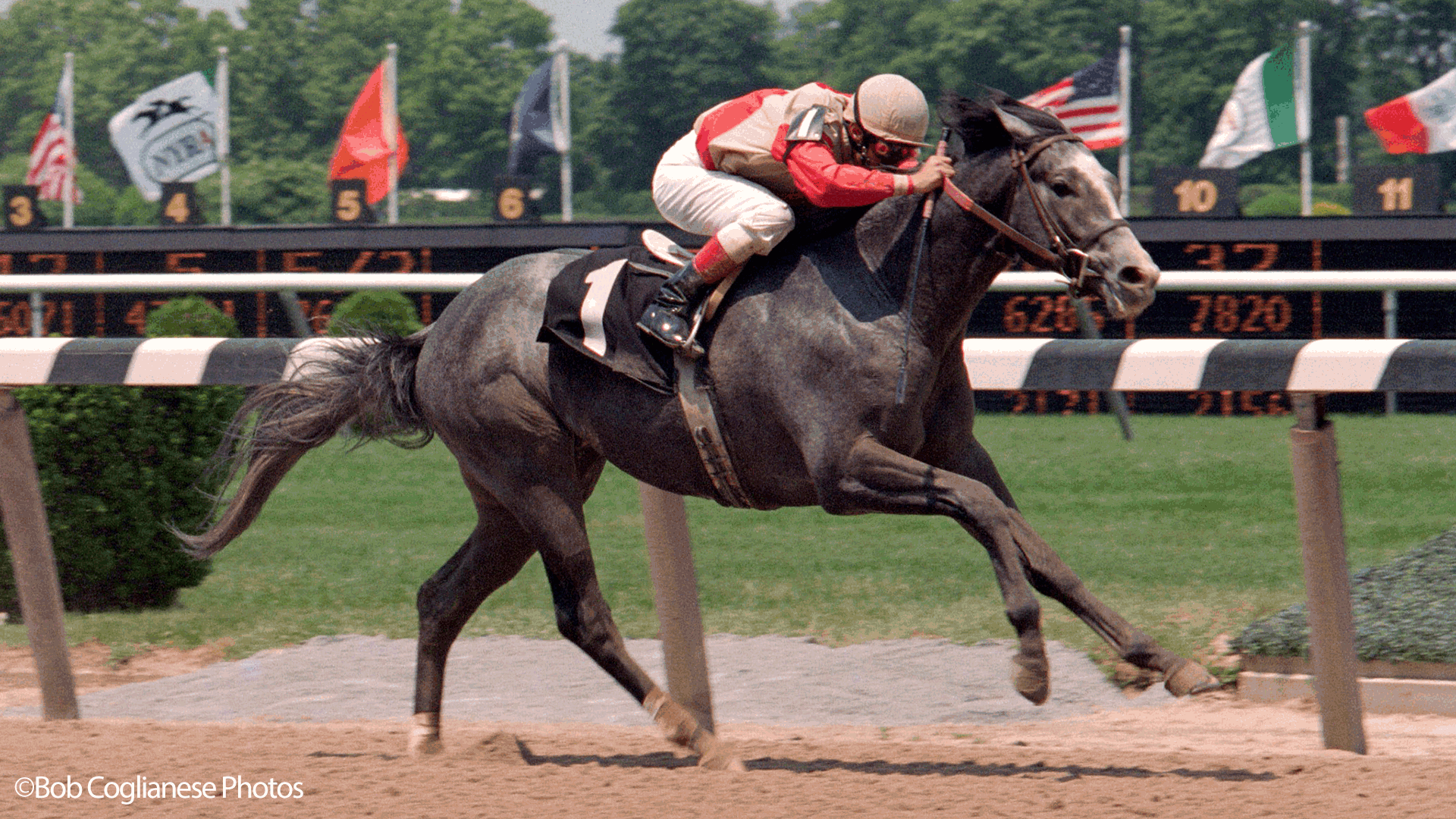 Precocious and quick, Gray Raider debuted with aplomb, burying a maiden field at Belmont Park at two. From there the natural next step was to pursue the historic two-year-old stakes series at Saratoga Race Course. It took a multiple track record setter, that year’s juvenile champion, and a future $2-million earner to defeat him in the G3 Sanford. His most noteworthy performance came next out, when second in the G2 Saratoga Special.

Though he wouldn’t find any more success in stakes company, Gray Raider proved himself an enjoyable, consistent and profitable performer. In nineteen starts for Centennial Farms, he only failed to pick up a check on three occasions while winning on five.

The good looking gray, son of our champion Rubiano, was purchased for just $105,000 as a yearling, earned more than twice that on the track, and sold at the Belmont Horses of Racing Age Sale after his four-year-old campaign. He retired to stud in Oklahoma after a brief five-year-old season for his new connection.