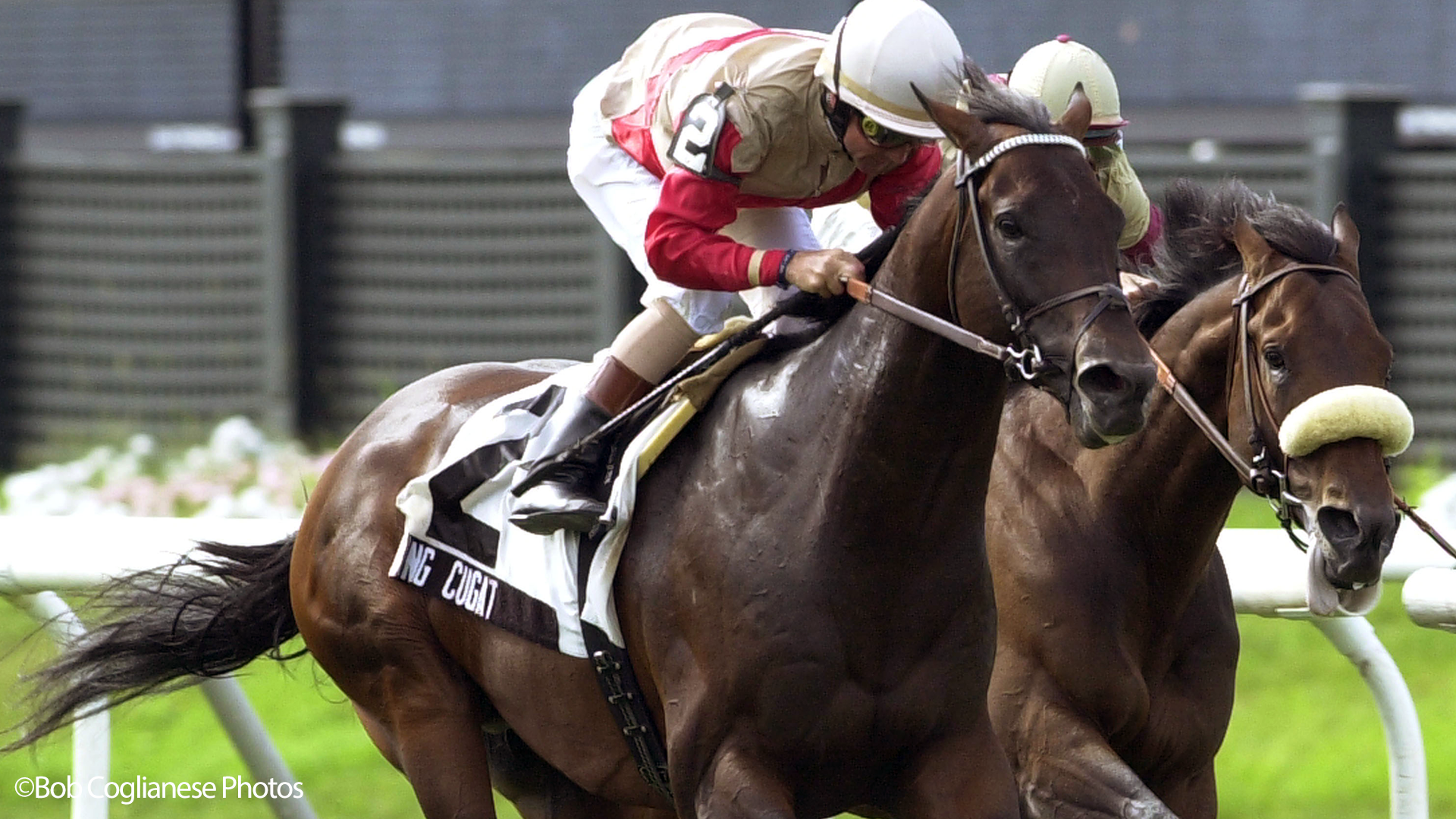 It’s hard not to wonder what King Cugat might have accomplished had he been born later. The son of Kingmambo was a precocious two-year-old, twice graded stakes placed, who closed his freshman campaign with a stylish stakes win at the home of that year’s Breeders’ Cup. Of course, the Breeders’ Cup Juvenile Turf races weren’t added until well after he had retired.

He developed into a brilliant three and four-year-old, considered at numerous points of his career to be the best middle distance grass horse in North America. Dancing every dance in an era that predated jackpot purses in races like the Virginia Derby and Belmont Derby, he took home victories in the G2-Arlington Classic, G2-Jamaica Handicap, G2-Jefferson Cup Stakes and the G2-Bowling Green Handicap.

Such was the breadth of his talent that King Cugat was under consideration for races at Royal Ascot in Great Britan and the Arc de’ Triumph in Paris, Europe’s premier grass race.

He gave his investors thrill after thrill, taking them to the winner’s circle at Saratoga, Arlington, Belmont and even at Churchill Downs on Kentucky Derby Day.