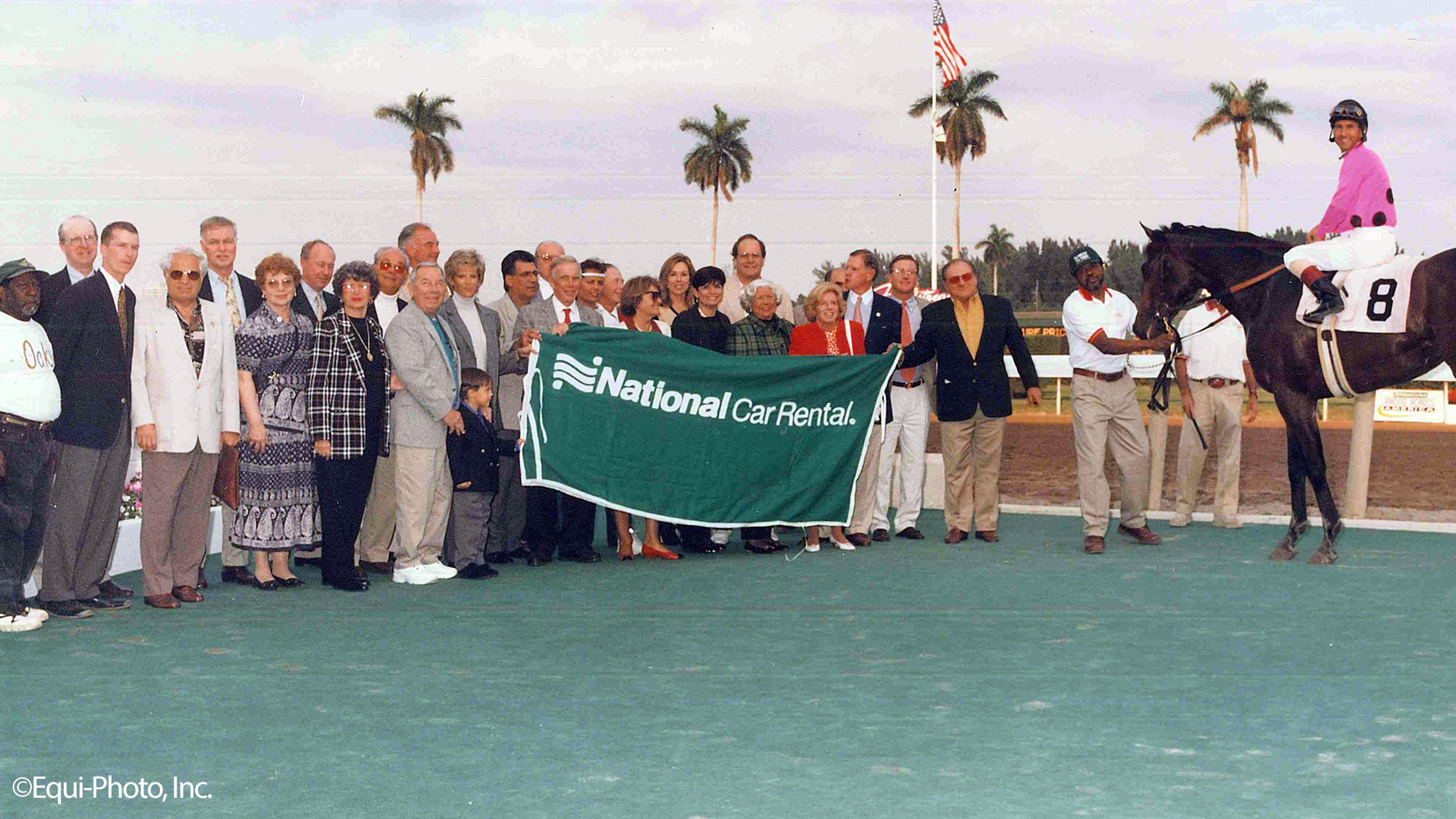 Lil’s Lad dazzled from the get go. He stamped himself as one to watch with an 11-length debut romp at prestigious Saratoga. The remainder of his two-year-old campaign, including a runner-up effort in the historic G1 Champagne behind Grand Slam, assured his position as one of the best of his generation.

Raced in partnership with Lilian Durst and Ambassador William Farish of Lane’s End Farm, the son of Pine Bluff quickly developed in to Florida’s leading Kentucky Derby contender. Two romping allowance wins proved the perfect preps for a score in the G2 Fountain of Youth Stakes. A controversial disqualification in the G1 Florida Derby demoted him from first to second to close out his winter in the Sunshine State. Shipped to Keeneland, Lil’s Lad finished a gallant second in the G1 Blue Grass, after which he was diagnosed with a knee chip and forced to miss the Derby.

He was able to return for a brief four-year-old campaign, but his career ultimately ended prematurely. Lil’s Lad had firmly established his placement in the upper echelon of a deep crop that included Favorite Trick, Real Quiet, Victory Gallop, Halory Hunter, Coronado’s Quest, and Cape Town.

Lil’s Lad retired to Lane’s End Farm. He eventually moved to Pennsylvania and then on to Texas, where he was pensioned.