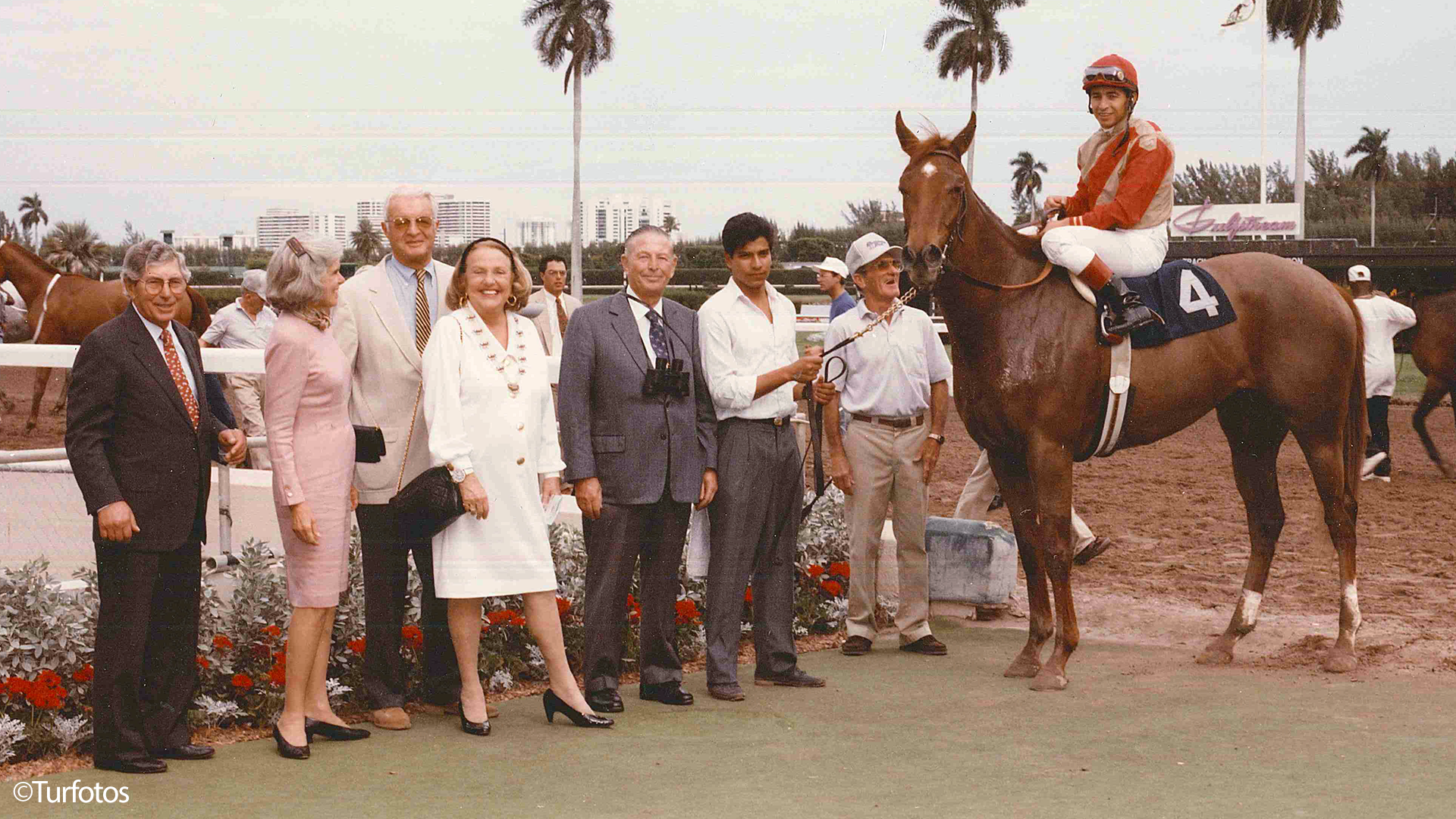 A tough competitor, the chestnut was particularly successful at three, winning four of her eleven starts and only once finishing worse than fourth and thus missing a check. She completed that campaign with back-to-back black-type efforts, winning the Half Moon Stakes and finishing second in the Abrogate Handicap.

After her successful racing career, Miss Prospector returned to the Keeneland Sales Pavilion where we had purchased her, selling for nearly three times as much to prestigious Overbrook Farm. As a member of their broodmare band, her offspring included Gold Dollar, a two-time stakes winner whose six graded stakes placings included the G2 Jim Dandy behind the marvelous Medaglia d’Oro. Gold Dollar is currently a well-regarded stallion in South America.