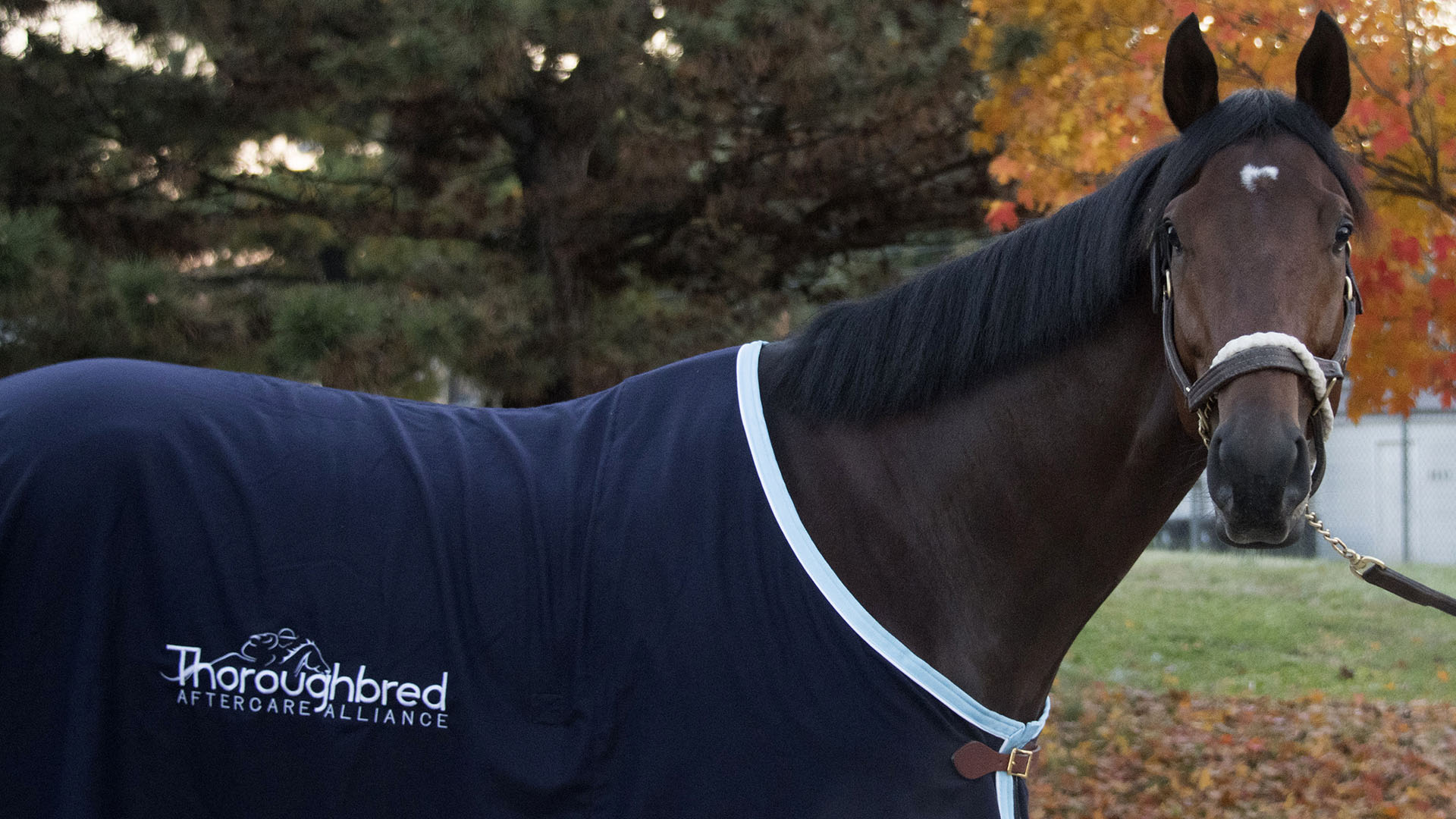 Rocketry, purchased as yearling out of the 2015 Keeneland September Sale, developed in to a phenomenal racehorse and fan favorite with an utterly unique resume. Developed by Paula Parsons in Middleburg, managed by Dr. Stephen Carr, and trained by Jimmy Jerkens, Rocketry was allowed to grow and develop by patient partners. He flashed considerable talent in his first year competing, earning “Rising Star” status from the Thoroughbred Daily News and proving himself capable in stakes company as a sophomore. The big colt hit his best stride at four. Jimmy Jerkens recognized his increased maturity coincided with an increased ability to handle the dirt and he was switched over to that surface. He responded with back-to-back stakes victories and track records – he broke Man o’ War’s 98-year-old mark while taking Belmont Park’s Temperence Hill before his G2 Marathon presented by the Thoroughbred Aftercare Alliance win at Churchill Downs. His final career victory would come in that same race, renamed simply in honor of the TAA, as a six-year-old at Keeneland while setting a third track record.

Rocketry retired after three starts as a seven-year-old when he failed to recapture his best form. He will be an ambassador for thoroughbred racing and aftercare at Old Friends in Georgetown, Kentucky.

Rocketry, whose retirement was announced over the summer, arrived at Old Friends in Georgetown, Kentucky to begin his new role as thoroughbred ambassador. The much-loved fan favorite, who earned over... Read More
August 13, 2021 in Crescent, Latest News, Rocketry

*WOW*. Rocketry's running style and the unique nature of his preferred marathon races can leave the big guy open to some unfavorable set-ups and bad luck. Though he'd continually run... Read More