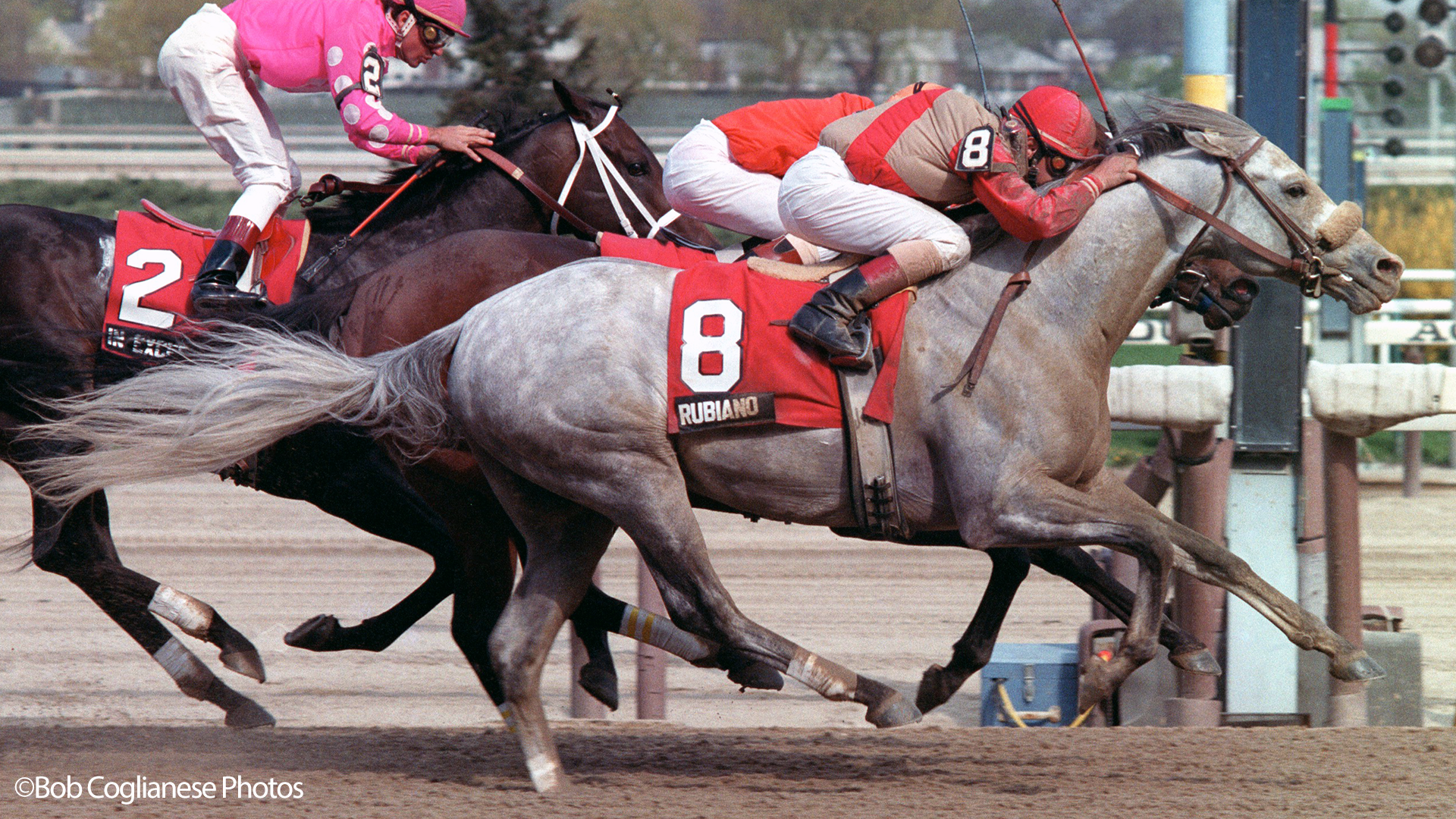 Few racehorses were as popular or as talented as Rubiano, our charismatic sprinter who took New York by storm during his championship career.

Unraced at two, Rubiano debuted with a victory in January of his three-year-old season. Still developing under the astute eye of Scotty Schulhofer, he only got better as time went on. By year’s end he was G2-placed, having finished second in the Jamaica. It was just a small taste of what was to come.

Early in his four-year-old campaign Rubiano had been impressive enough going a route of ground to warrant a shot at the G1 Donn Handicap, though he soon made it clear his forte was going one turn. His first graded stakes win came the following month, a driving victory in the G3 Westchester at Belmont Park. Two starts later he finished second in the prestigious G1 Met Mile and followed that up with another runner-up effort, this time in the G2 Tom Fool. A brief respite from stakes company was rewarded with back-to-back victories and the confidence to return to the big leagues. Confidence that was rewarded mightily. Closing from well off the pace, the striking grey completed the year with a head victory in the G1 NYRA Mile. Rubiano never left graded company again and the stage was set for his best season yet.

Rubiano was freshened up over the winter and returned to New York for back-to-back wins to kick off the year taking the G3 Westchester and following it up in the G1 Carter. After an uncharacteristic effort in the Met Mile he quickly returned to his winning ways. First it was Belmont’s G2 Tom Fool, then up north for a romp in the G2 Forego at Saratoga. Back at Belmont he vanquished the defending Breeders’ Cup Sprint winner, Sheikh Albadou, in an impressive G1 Vosburgh victory. Appropriately his final start would come back where his storied career began, Hallandale’s Gulfstream Park. Unfortunately, it would not be a fairytale ending. Rubiano finished third behind longshots Thirty Slews and Meafara, the only horse who was able to make up ground in the race.

The stellar campaign was more than enough to retire with some serious hardware – Rubiano won the Eclipse Award for Champion Sprinter.

Rubiano retired to stud at Lane’s End Farm where he died on November 19, 2002, after developing laminitis. Despite being taken far too young, Rubiano left a lasting legacy. He sired several top class runners, including millionaire Burning Roma. His name can be seen in some of racing’s best runners and priciest sales horses. His multiple stakes winning, and G1-placed, daughter, Starry Dreamer, is the dam of brilliant sire War Front.