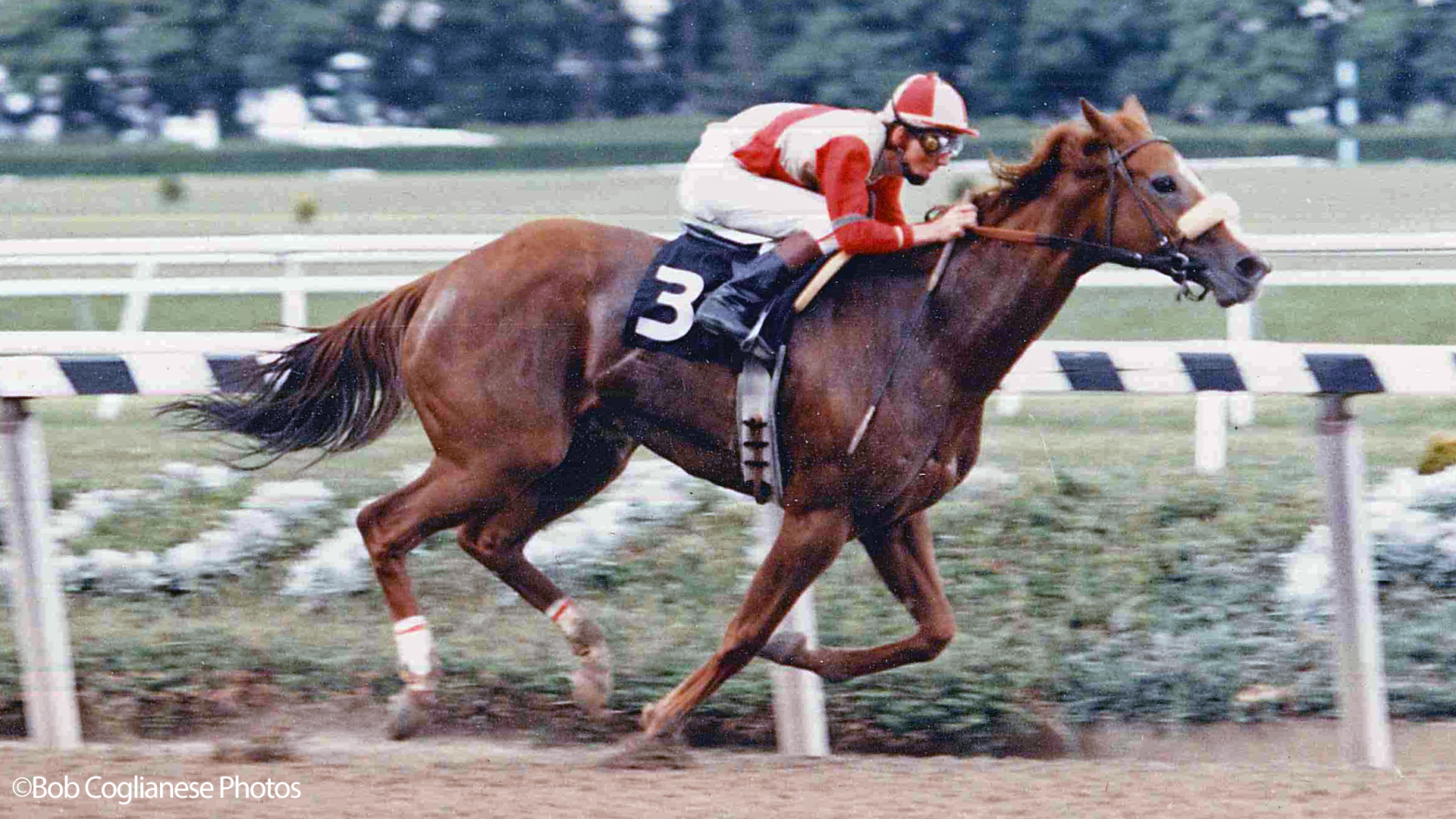 A winner of 10-races while competing against world-class company, Silent Account is a perfect example of the Centennial program.

This filly was good right from the start, capturing the Grade 2 Alcibiades at Keeneland in 1985. Her precocity took us to the second ever Breeders’ Cup, held at Aqueduct Racetrack, where she competed in the Juvenile Fillies.

She continued to display the same brilliance throughout her career, retiring as a multiple stakes winner who battled with the best from two to five.

Silent Account was a terrifically profitable investment. Purchased for just $110,000, she earned more than four times that amount on the track before selling for $410,000 as a broodmare prospect. Purchased when her dam was relatively unproven, her success and the success of future offspring are a tremendous testament to our screening system. Two brothers, Hadif and Secret Hello, were graded stakes winners and stallions. A sister, Hamba, went on to produce G1 Blue Grass winner and stallion Monba. By Your Leave, a stakes-winning full sister to Silent Account, is the dam of a G1-placed runner.

Silent Account herself had a terrific and storied career as a broodmare. Two sons, multiple stakes winner Gold Case and Bankbook, stood at stud. Three of five daughters produced stakes horses, none more accomplished than MG1W Plum Pretty, winner of the 2011 Kentucky Oaks.