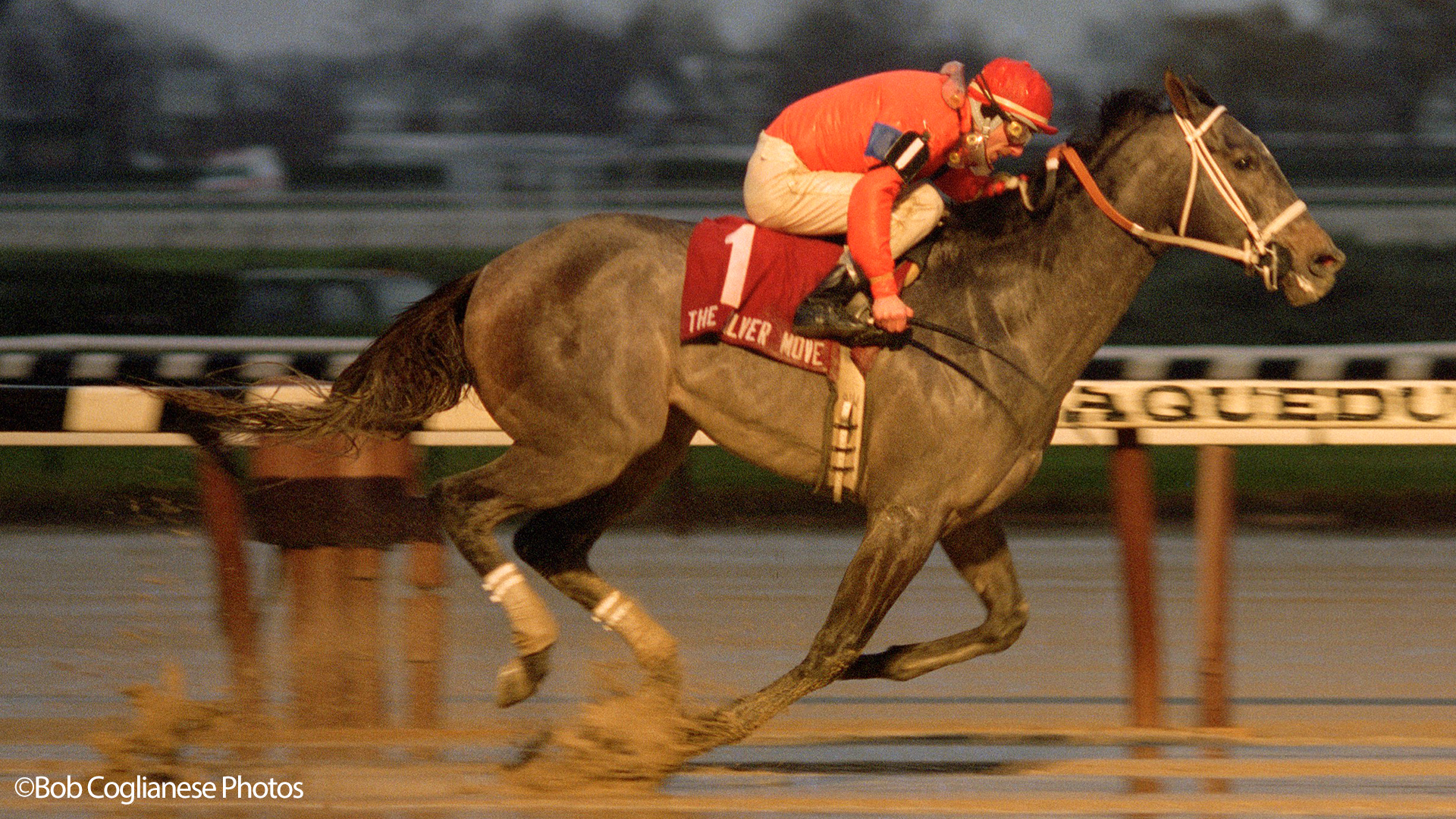 If you can’t beat ’em, join ’em! After chasing a talented two-year-old with our own, then watching him go on to win the G2 Remsen, we were able to secure a piece of The Silver Move.

Already a three-time winner at the time of purchase, we were able to enjoy an additional G3 placing, in Gulfstream Park’s Swale, and a Belmont Park victory by the handsome gray. Unfortunately, his career was derailed by a setback that saw him miss the bulk of his sophomore year and his entire four-year-old campaign. Though he returned to the races at five, he was never able to recapture the brilliant form of his youth.

However, a fellow son of Silver Buck from the same crop, Silver Charm, was completing a Hall of Fame career along the same timeline. The result was added interest in The Silver Move at stud. He retired to Signature Stallions in Florida.