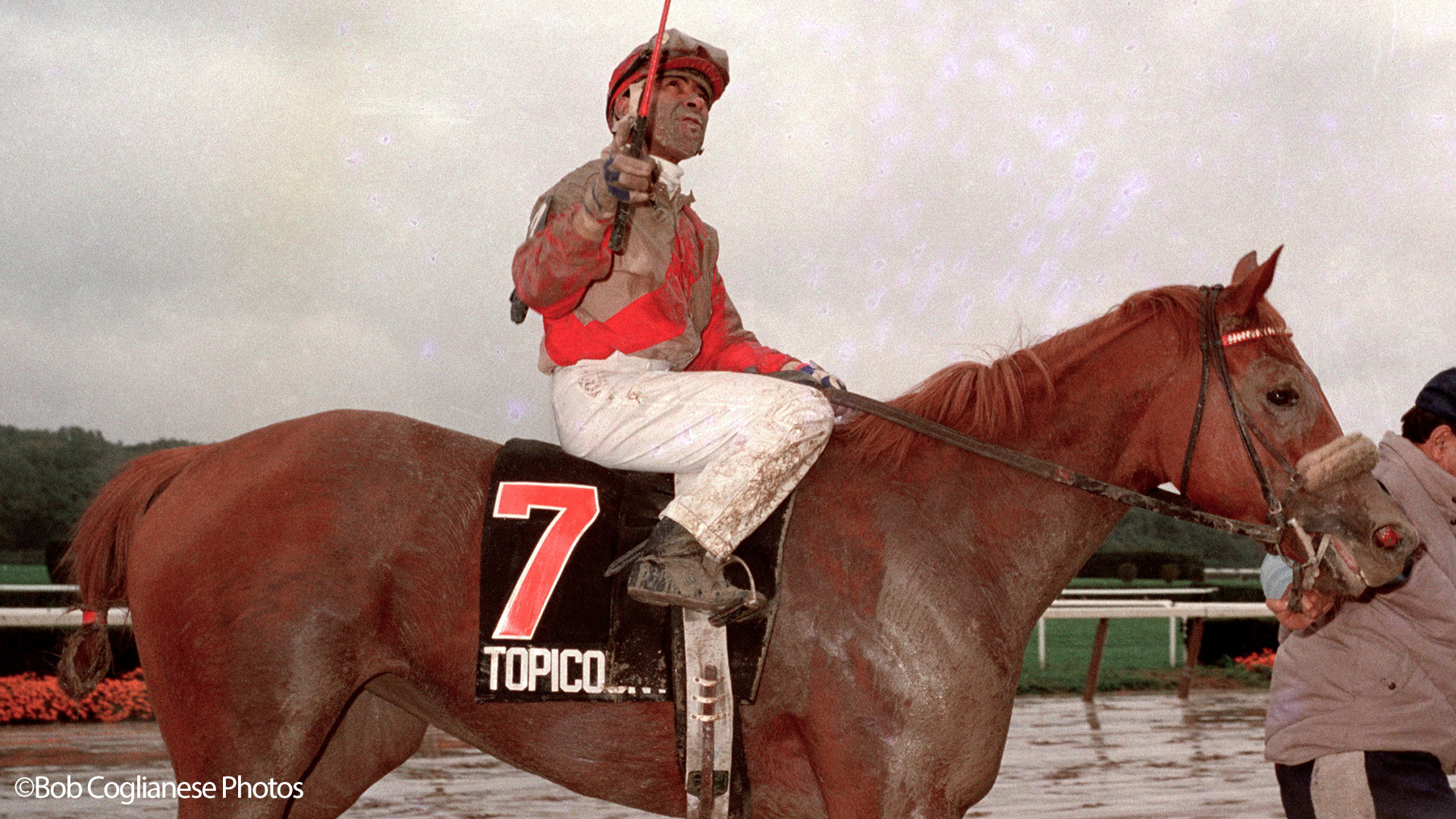 Tough, reliable, and outstanding, Topicount was everything you could want in a racemare. She started 43 times in a four-year career, finishing in the top three on 28 occasions. Ever consistent, she was Grade 2-placed at two, a graded stakes winner, and G1-placed, at three, G1-placed at four, and a graded stakes winner again at five. One of her losing efforts was particularly memorable, as her runner-up performance in the G1 Acorn at three completed a 1-2 finish for Centennial Farms.

Purchased for $175,000 as a yearling, Topicount earned over three times that on the track. Just weeks removed from her final career start, she sold for $500,000 as a broodmare prospect at Keeneland November. She found success right off the bat in the breeding shed. Her first foal, Laguna Seca was a stakes winner and graded stakes placed. A later daughter, Winning Season, earned the same accolades. Four of her five daughters went on to produce stakes horses of their own.