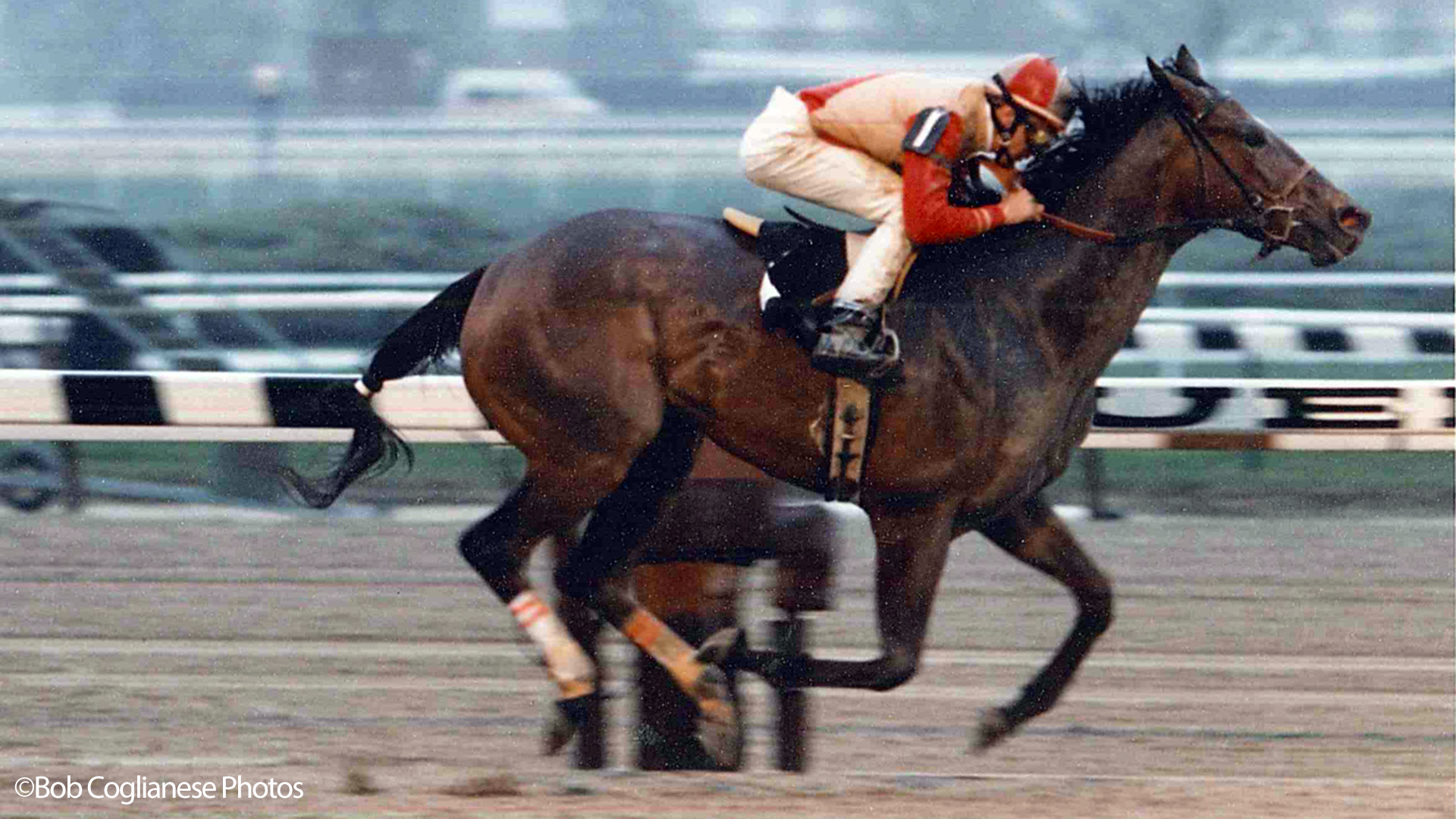 Lightly raced and brilliant, it’s a shame Triple Strike never had the chance to realize her full potential.

Unveiled at three, the daughter of legendary Triple Crown winner Secretariat went unbeaten through her first three career starts. Back-to-back comfortable wins at Gulfstream Park were followed by a similarly facile victory at Aqueduct in a race named for the great Gold Beauty.

Her fourth start was to be the bay filly’s first foray into stakes company. A tough field was assembled for the G1 Acorn, to be run over a sloppy Belmont Park track. Open Mind, a future Hall of Famer, rolled home to her seventh straight stakes victory in what would become a ten-race streak. Triple Strike put up a terrific effort to be third, despite what would turn out to be a career-ending injury.

Sold later that fall for nearly $500,000, Triple Strike went on to be a successful broodmare. Her second foal, Swing and Miss, was a graded stakes winner. Her influence continues to be felt through the generations. She is the third dam of nine-time stakes winner Royal Currier, who earned over $800,000.