Unprecedented times call for an unprecedented sale. For the first time since World War II, COVID-19 led to the cancellation of Fasig-Tipton’s prestigious Saratoga sale. Instead, a world-class group of yearlings were assembled for the Selected Yearlings Showcase in Lexington. The Centennial Farms acquisition team, headed for decades by Paula Parsons and Dr. Stephen Carr, did a thorough sweep of the consigned yearlings. The offspring of our brilliant Unified, himself a Saratoga graduate, could not have been more impressive. We are thrilled to offer the unique opportunity to be involved with two of them – a son and a daughter.

A star for Centennial at the racetrack, Unified is now represented by first crop yearlings. In his first three starts, Unified won a maiden special over six furlongs, posting a 99 Beyer, the Bay Shore Stakes (G3) going seven furlongs by three lengths, and then carried his speed to take the nine furlong Peter Pan Stakes (G2) in a swift 1:47.14. He returned at four to take the Gulfstream Park Sprint Stakes (G3) over multiple grade one-winning sprinter Mind Your Biscuits, and to come within a neck of victory in the Carter Handicap (G1) as the highweight. Unified’s sire, Candy Ride (ARG), an undefeated champion, has been outstanding at stud and already has five stakes siring sons to represent him, including the highly successful Twirling Candy. His sire credentials are further bolstered by the other half of his pedigree – Unified comes from the immediate family of Champion Two-Year-Old and successful sire Dehere. 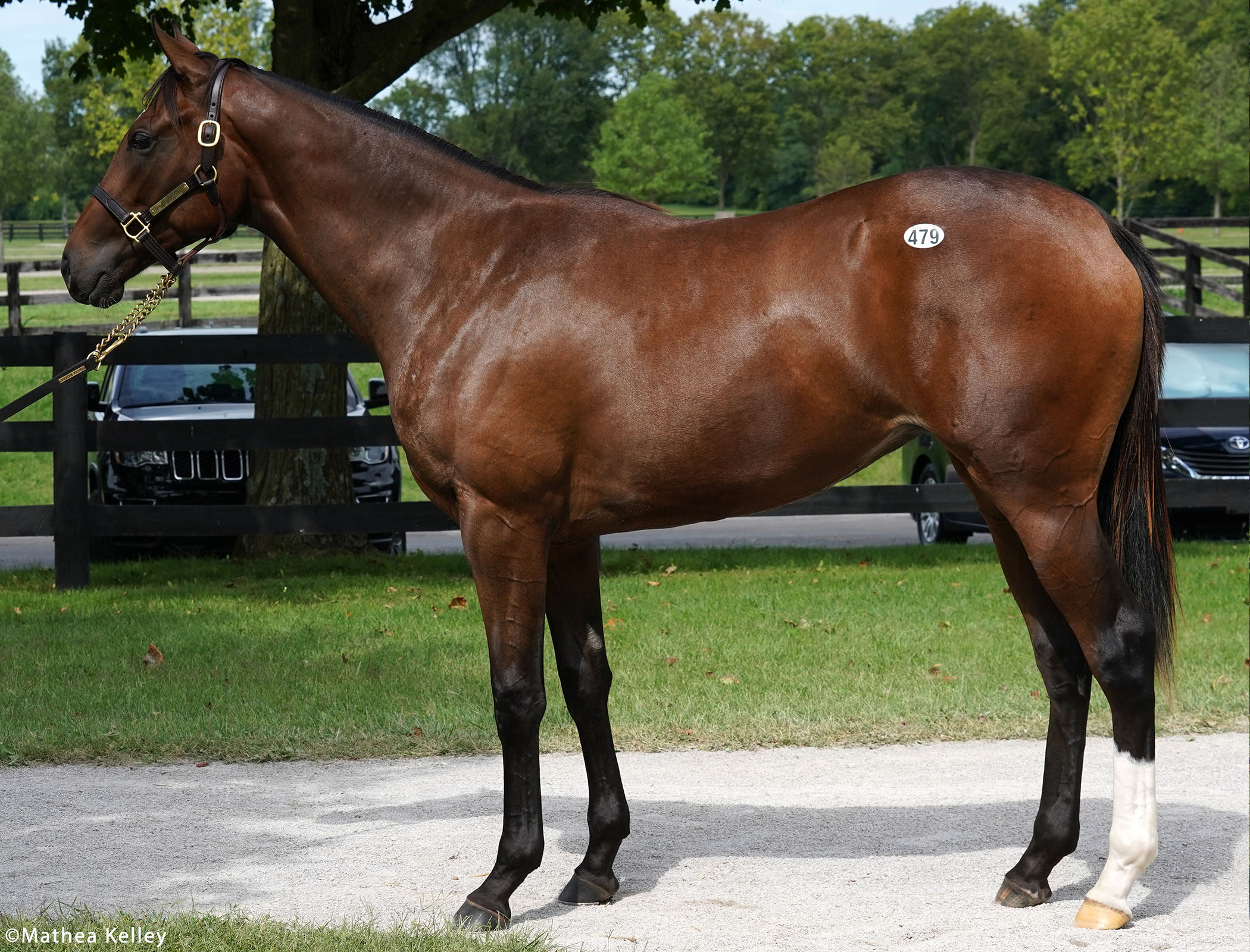 This standout daughter of Unified is out of Another Ghazo, a half-sister to a trio of stakes winners – Indian Way, Yankee Master, and Divine Beauty. Indian Way captured the My Juliet Stakes in track-record time and is the dam of the stakes winner Way Striking and stakes placed Indian Brava. Yankee Master took the listed Woodford Reserve Bourbon Stakes, and Divine Beauty won both the Mardi Gras Stakes and the Letellier Memorial Stakes. Another Ghazo is also half-sister to Anniversary, the dam of Charles Town Oaks (G3) heroine Covey Trace.

The granddam of this filly, Ghazo, is a half-sister to stakes winner Silver Streaker, and to Hartfelt, who captured the listed La Senorita Stakes and is dam of three-time course-record setter Ghost Hunter, winner of the Arlington Handicap (G3).

Ghazo’s own second dam, Like a Train, is ancestress of more than 20 stakes winners, including grade one winners By Land By Sea and Cash Included, and graded winners Lord Flasheart, Bauble Queen, Fahal, A Shin Missouri, and Blitzkrieg.

This filly is bred on the TrueNicks A++ rated Candy Ride/Speightstown cross that has also produced the brilliant Vekoma, a two-time G1 winner in addition to his impressive victory in the prestigious Blue Grass (G2). 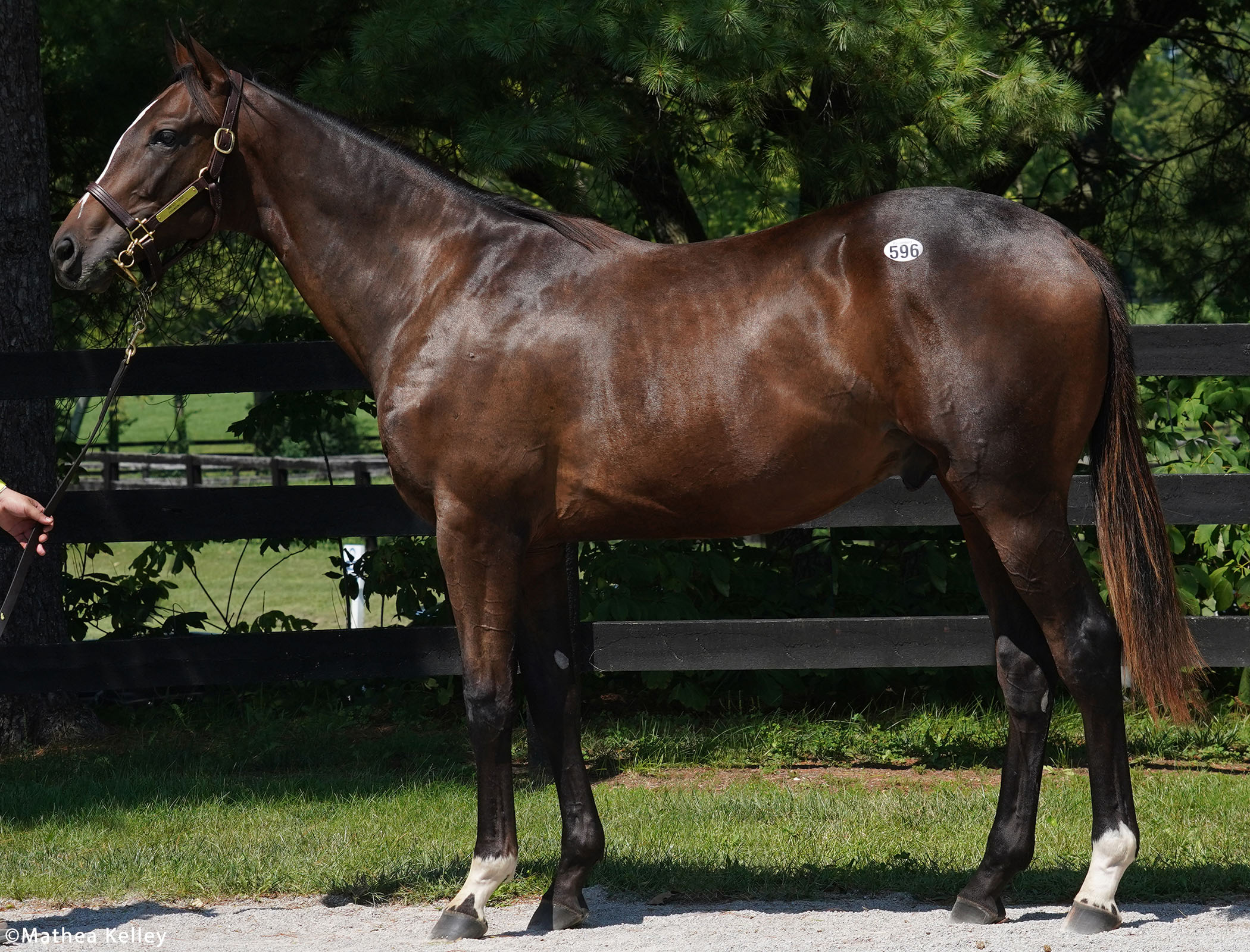 This colt comes from an outstanding Claiborne Farm family. He is out of Farce, a twice winning half-sister to Cutting Humor, track-record breaking winner of the Sunland Park Derby (G3), and to Irish You Well – like Farce, by an Unbridled-line sire – successful in the listed Long Branch Stakes, and placed in the Peter Pan Stakes (G2) and Illinois Derby (G3). Their dam, Pun, is by Pulpit and out of listed stakes winner Joke, making her a half-sister to Zensational – a son of Farce’s grandsire, Unbridled’s Song – who captured the Bing Crosby Stakes (G1), Pat O’Brien Stakes (G1), and Triple Bend Handicap (G1).

This colt is bred on the TrueNicks A++ rated Candy Ride/Unbridled’s Song cross that has produced eight stakes winners, including the grade one winners Gift Box and Leofric, and graded winners Danzing Candy, Special Forces, Celestial Candy, and Fore Left.

The total capitalization of this duo is $375,000 with all expenses paid through September 2021.  We are eagerly awaiting the future for this pair and can’t wait for you to join us. They have already arrived in Middleburg and have settled in well. This will allow them to take full advantage of the lucrative Virginia-Certified Residency Program. Please contact the office for more information or if you would like a hard copy brochure.