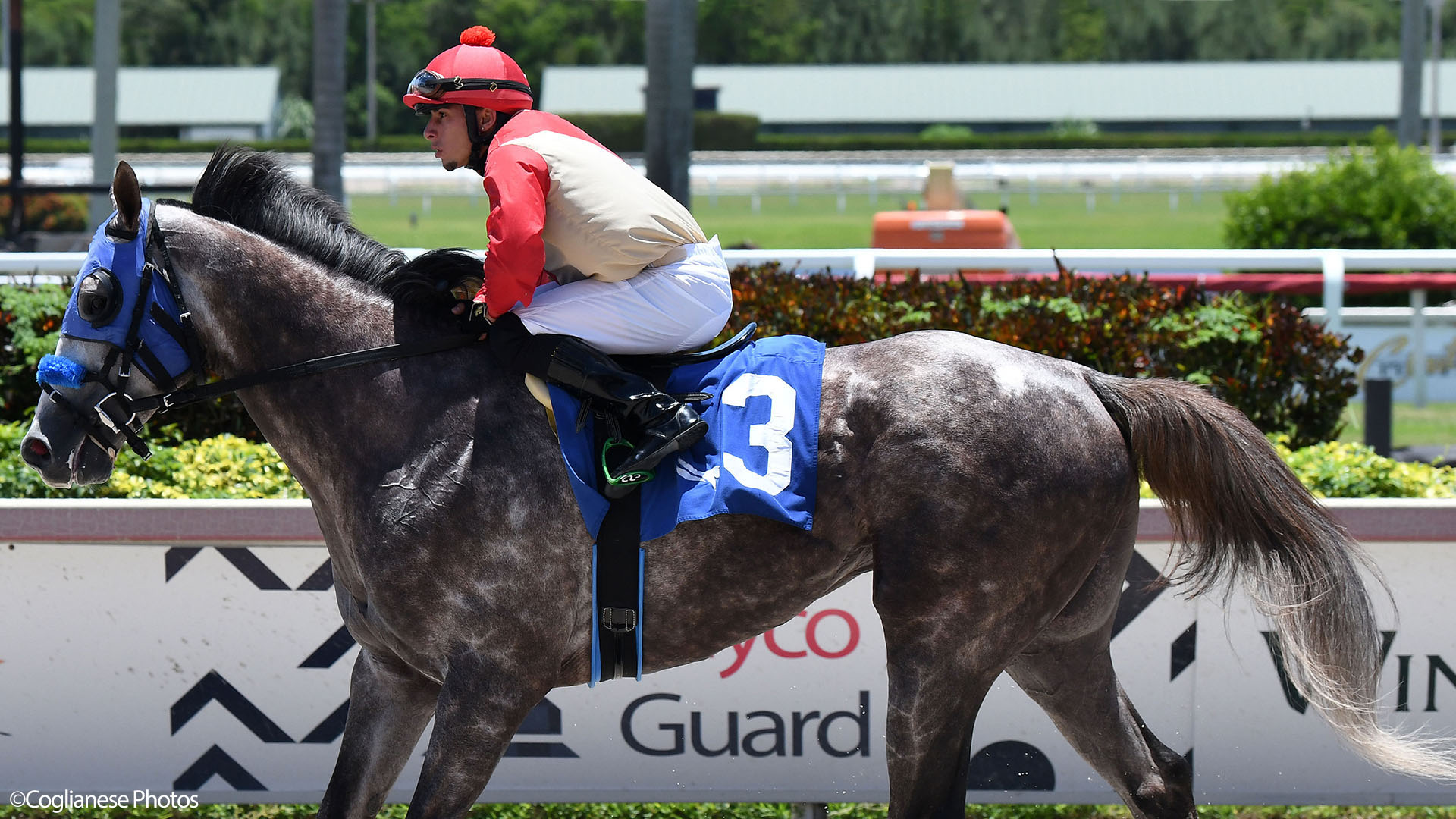 Brilliant Ghostzapper earned Hall of Fame honors for his exploits on the track before developing in to a phenomenal sire responsible for multiple champions and over 60 stakes winners. This colt hails from an incredible female family. His young dam, already responsible for two winners, is a half-sister to seven black-type performers including two millionaires.

This colt, named Ethos, shipped to Paula Parsons in Middleburg, Virginia following the Fasig-Tipton Gulfstream Sale and is now in training with Kent Sweezey at Palm Meadows in Florida.

Ethos tried the turf for the first time in his second lifetime start finishing third on July 23 at the prestigious at the Saratoga meet.  He stretched out for his third start running 1 1/16 miles on the grass September 6 at Saratoga earning second place. On July 10 at Gulfstream, Ethos broke his maiden running one mile on the grass.