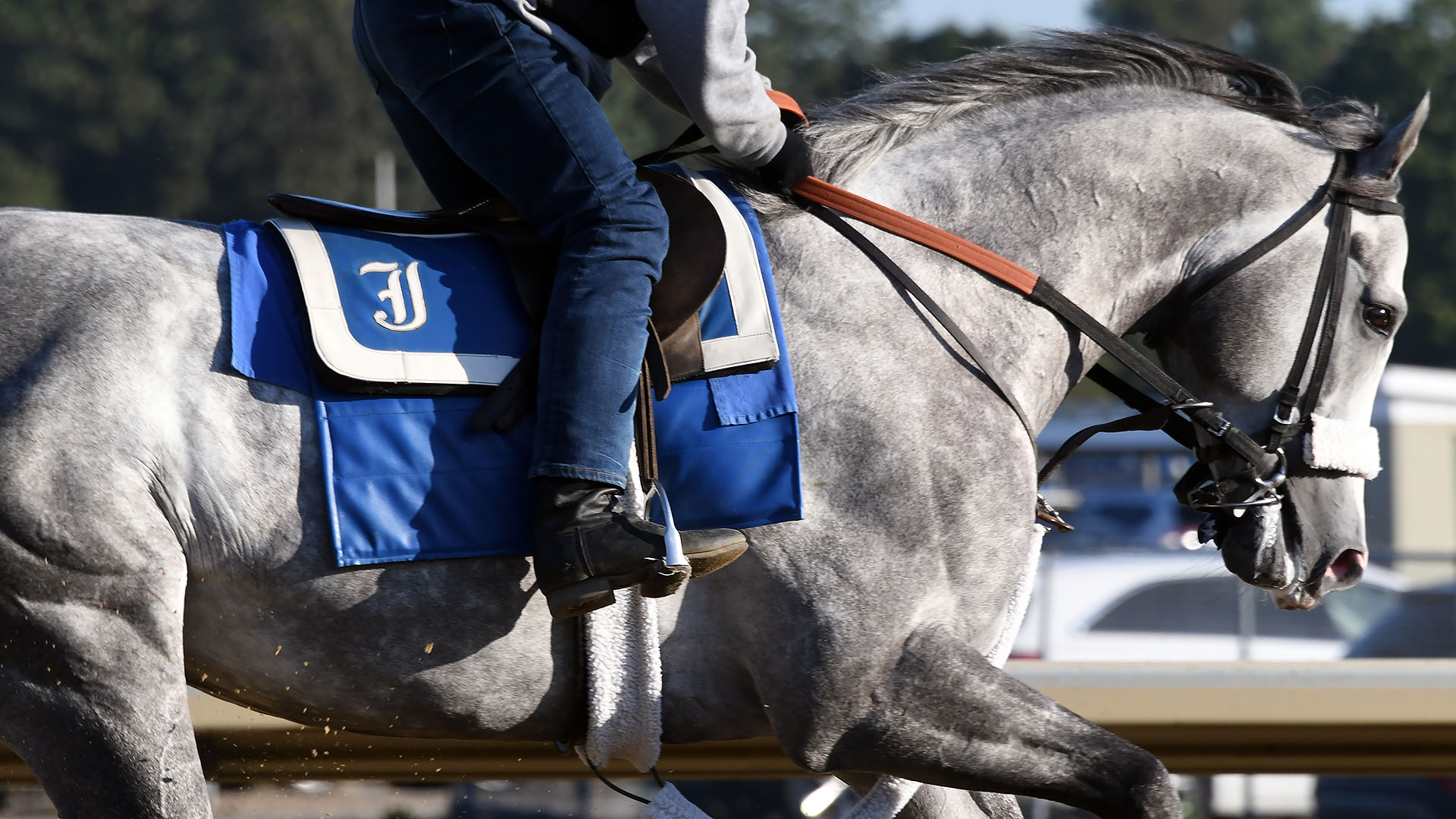 Universally considered one of the most brilliant horses of the last twenty years, Hall of Famer Ghostzapper has also established himself as a consistent sire of top-class horses. Prior sons include Shaman Ghost and Hunters Bay, both champions, in addition to Moreno, who earned just shy of $3 million in a career that included an impressive G1 Whitney victory. This colt is a song of Ansong, stakes-placed and already producer of a winner. She is a three-quarters sister to Chorwon, a tough, record-breaking millionaire. This colt is a product of the Ghostzapper/Caro cross that has produced five stakes performers, and three stakes winners, including graded winners Za Approval and Mr. Maybe.

Illudere, named for the Danish for, “To create an illusion,” is trained by Jimmy Jerkens.   He broke his maiden in 2018 convincingly going a mile on October 5 at Belmont Park and transitioned nicely to the turf with a hard fought effort (and second by a head bob) on November 18 at Aqueduct.   Those races earned Illudere 90 and 91 Beyer speed figures.

Illudere is getting a short break at the farm in Middleburg, Virginia.

Illudere will be back in action soon. Workouts: Read More
January 23, 2019 in Illudere, Latest News

Illudere Breaks Through at Gulfstream

Following a couple hard-luck efforts at Aqueduct and Gulfstream Park, popular Illudere came through with an exciting victory to kick off his four-year-old season. His win continued a remarkable run... Read More
October 6, 2018 in Illudere, Latest News

Good things come with time and maturity! Illudere delivered on his early promise with an easy maiden victory at Belmont Park. Jimmy Jerkens and his team have done a phenomenal... Read More
November 30, 2016 in Allegiant, Latest News

The pedigrees behind the colts of the Allegiant, LLC just keep getting hotter. When the quintet was selected by the Centennial Farms acquisition team, we knew they were outstanding physical... Read More