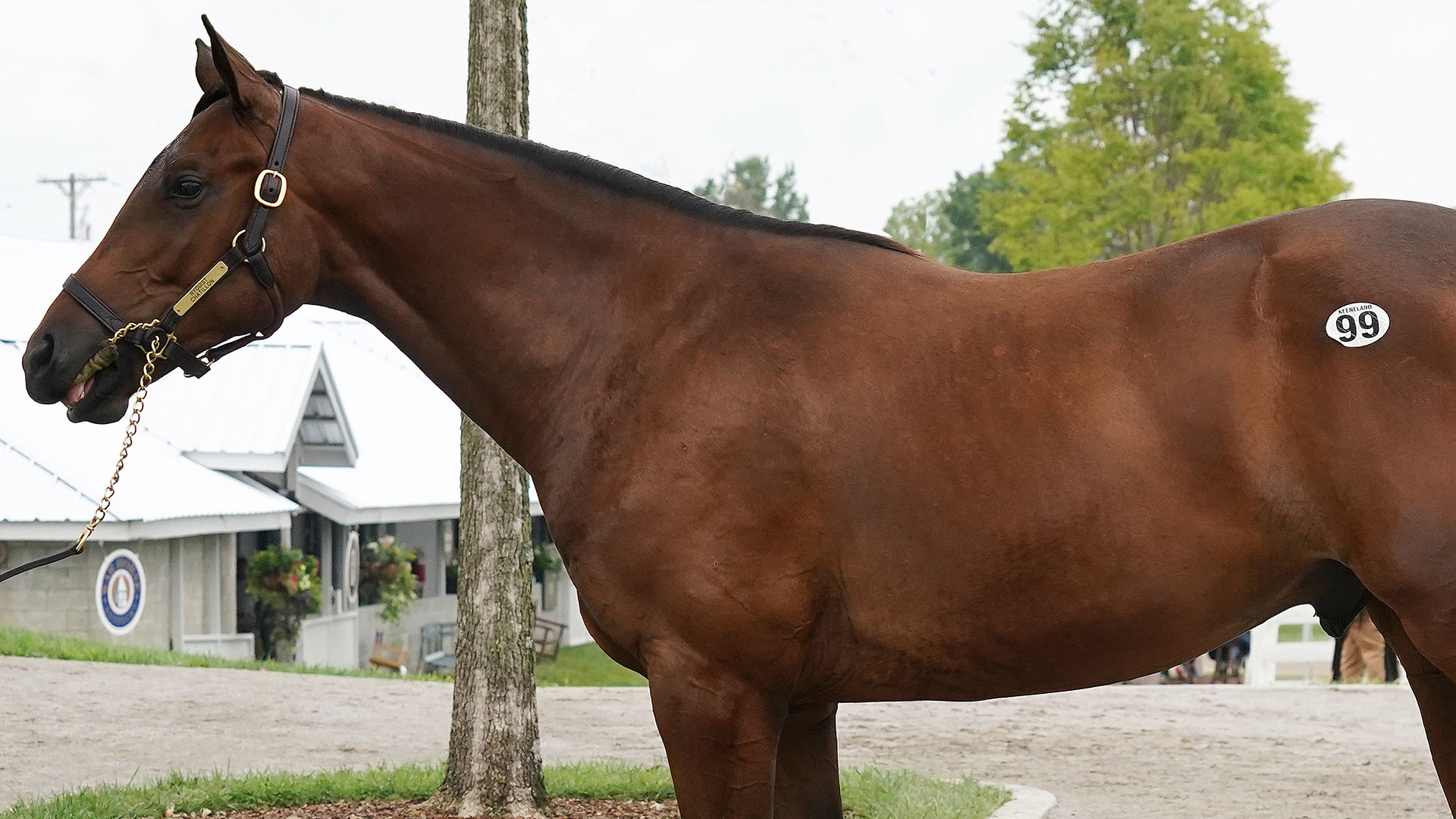 There’s getting off to a fast start at stud… and then there’s what Nyquist has done. The young stallion, who was a champion, a Breeders’ Cup winner, and a Kentucky Derby victor on-track, is the nation’s leading freshman sire and the first stallion since Danzig to have two first-crop G1 winners before the end of September. One of those went on to become his first Breeders’ Cup winner. This colt from his second crop is from the phenomenal Overbrook Farm family of champions Flanders, Surfside, and Air Force Blue.

He shipped to Middleburg, Virginia immediately following the sale, where he is undergoing his early training and was made eligible for the lucrative Virginia-Certified Residency Program.

Greg’s Honor is named for Greg Stubblefield, a long-time Centennial partner who passed away after a lengthy battle with cancer in August of 2020. We can only hope this colt does him proud. You can learn more about him and the charitable efforts in his honor here.