After enduring a little bad luck of the equine and racing office variety, the Centennial Farms 2017 racing season is officially underway! The Crescent LLC’s Rocketry made his career debut going 7 1/2 furlongs on the turf at Gulfstream Park. It proved to be a terrific learning experience for the big colt, who came flying late after trailing the field.

That effort sets the stage for what could be a terrific year for Centennial Farms. Virtually all of the principles are back from a big 2016 that produced some impressive stats for our boutique stable:

While looking back at the year that was can provide indication of what’s to come, stats don’t do justice to the possibilities that abound for the remainder of 2017. All three of last year’s stakes performers are back in training at Palm Meadows Thoroughbred Training Center with the benefit of fall freshenings in Middleburg, Virginia in the rearview mirror. Leading the way is multiple graded stakes winner Unified, whose early target is the G1 Carter at Aqueduct Racetrack in April. He’s joined by stakes-placed Securitiz, the current elder statesman of the stable, and improving Adulator.

A bevy of lightly raced and unraced prospects are gearing up for promising careers. Every member of the Crescent and Empire partnerships have joined their racetrack families and are actively moving forward. In the meantime, the two-year-old class could not be more impressive under the watchful eye of Paula Parsons. The mix of proven, improving, and promising horses that comprises the roster has us absolutely thrilled about the eleven months ahead. Reach out any time if you’re ready to take the step to share in the excitement! 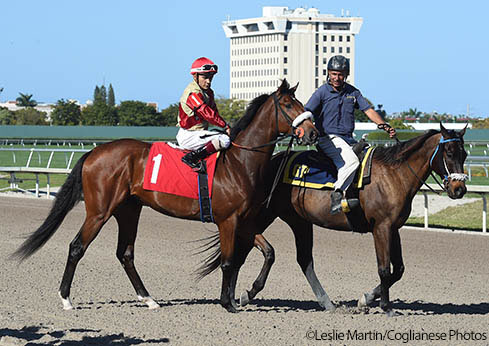