After two tough defeats at Saratoga, Securitiz put in a resolute run to become a stakes winner on opening weekend at Belmont Park! The handsome dark bay was sent off as the second choice in the Seattle Slew Stakes with new rider Manny Franco aboard. The duo dropped back to last partway through the 1 1/8-mile affair, but Franco timed their rally to a “T”. Securitiz rallied late and stuck his nose out in front.

Already stakes placed at four, Securitiz pushed his career earnings to over $260,000 with the victory. The full recap is available from NYRA. 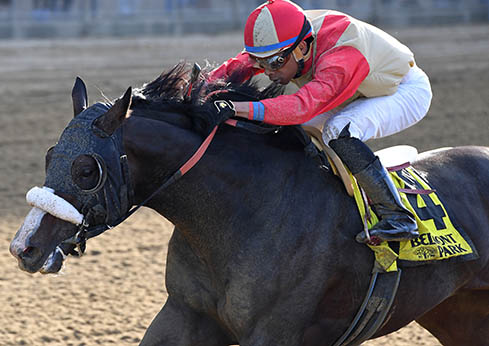