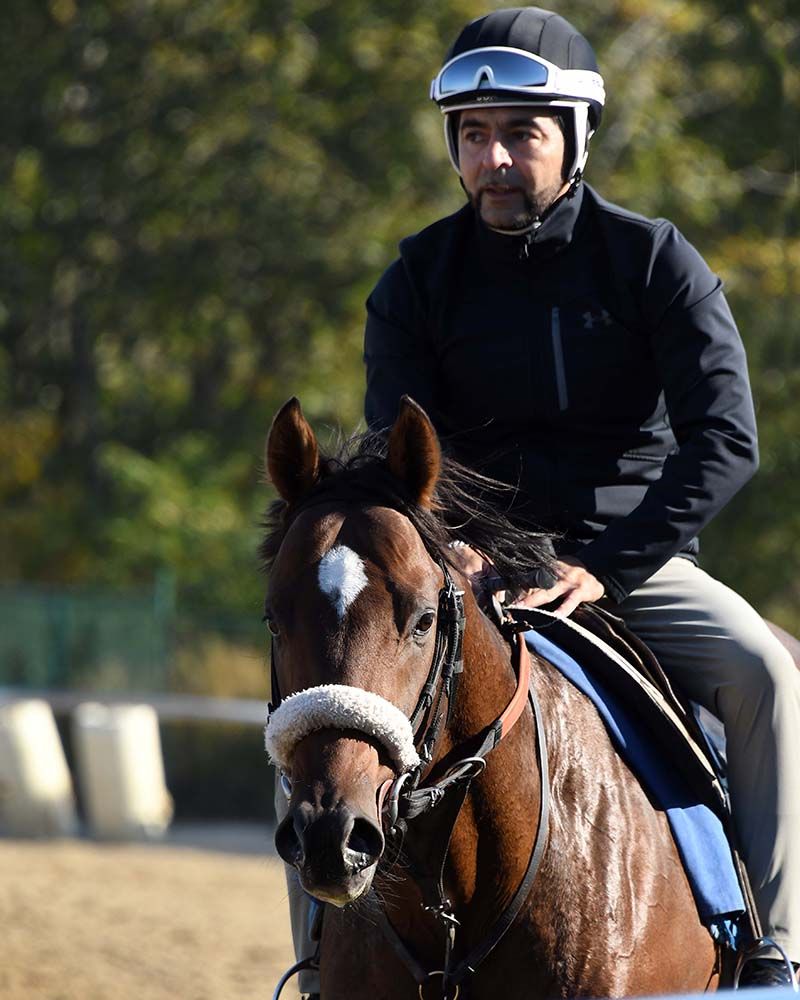 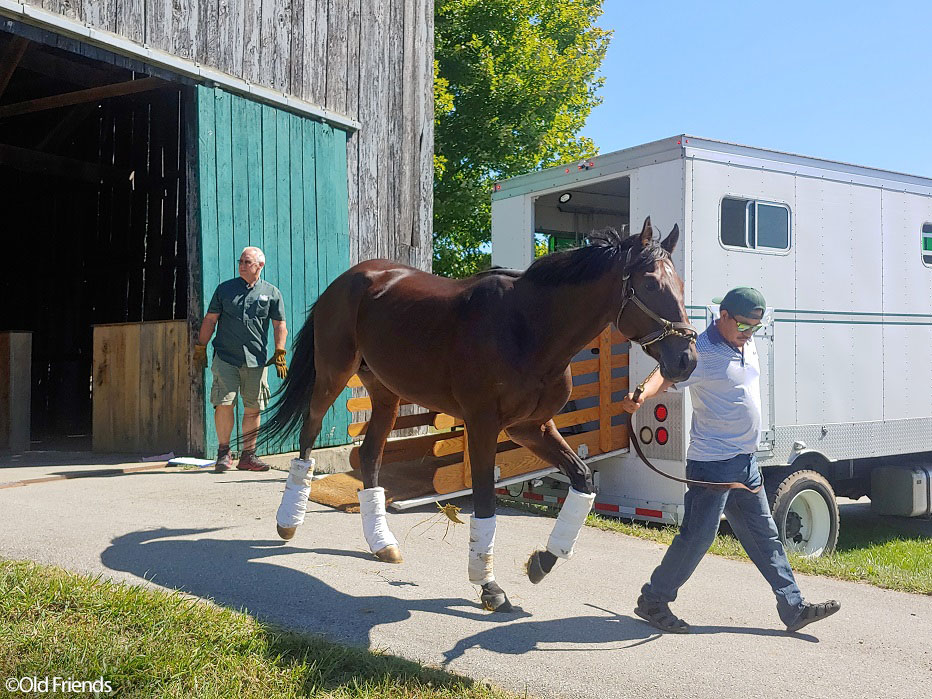 The Keeneland September Yearling Sale annually brings together some of the most exciting young horses in the world, with a truly international crowd on hand, each hoping to secure the next champion. The Centennial Farms acquisition team of Dr. Stephen Carr and Paula Parsons worked tirelessly to identify and procure four colts who fit Centennial’s proven formula for success. Despite record, competitive bidding, we were able to stick to our plan and secure terrific individuals. They are sons of proven sires Blame, Candy Ride, and Violence, in addition to a member of the second crop of undefeated G1 winner Mastery. Learn more about the 2021 Elmont, LLC and contact us to get involved.

Frozen Assets will be back in action in the mornings soon after his last race on August 28. 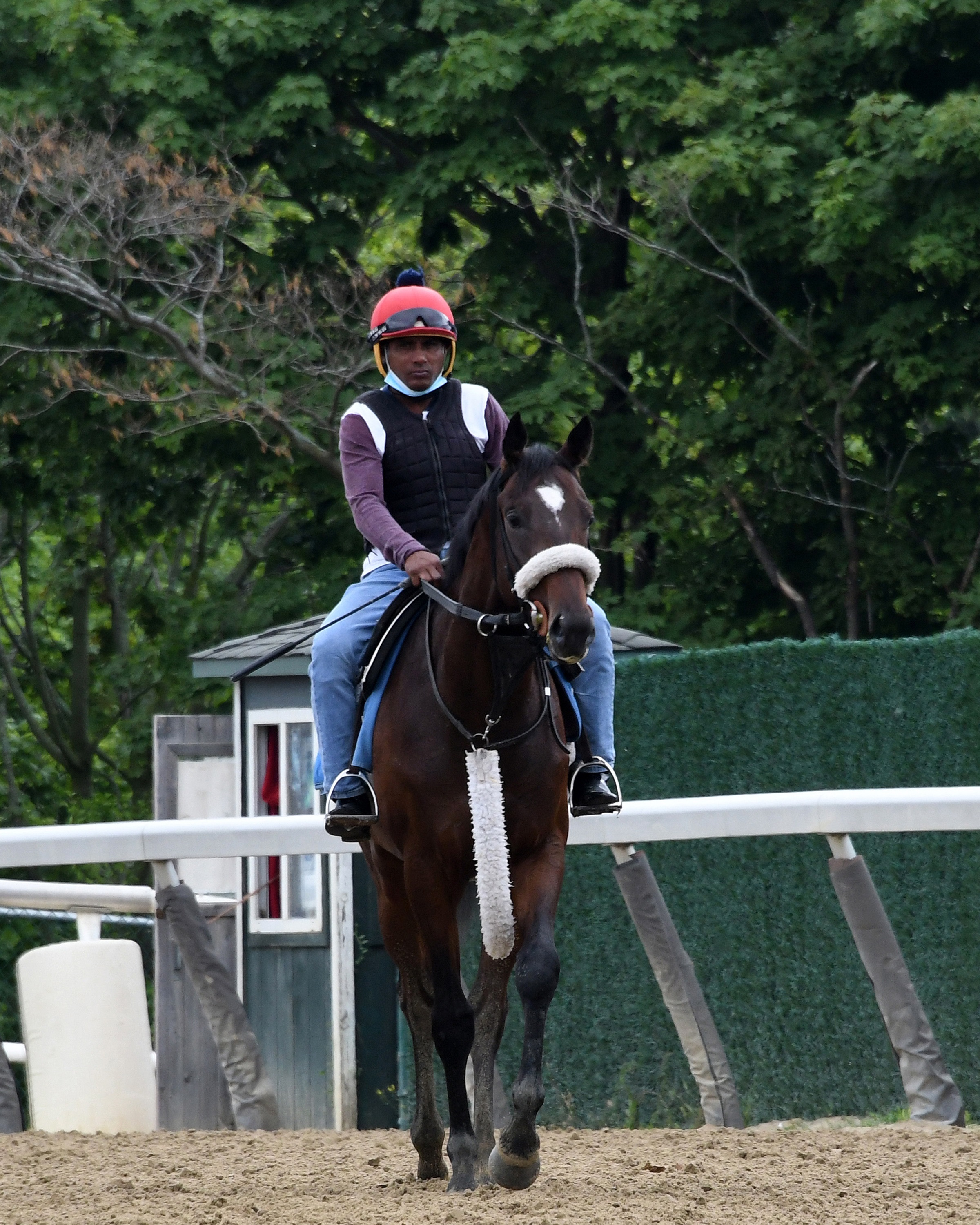 Centennial Farms’ co-owners Don Little, Jr., Peter Horvitz, and Margaret O’Meara, and the many partners to whom he provided lifelong memories announce the retirement of multiple graded stakes winner Rocketry. The handsome son of Hard Spun retires sound with career earnings of over $810,000 and three track records to his credit.

Rocketry, bred by Gainesway Thoroughbreds, was quick to stamp himself as a good looking prospect, commanding $195,000 as a Keeneland November weanling when acquired by McMahon & Hill Bloodstock. Returned to Keeneland as part of the Hidden Brook consignment the following September, he drew the attention of Centennial’s Dr. Stephen Carr and Paula Parsons, hammering for $450,000. Always an impressive individual, his popularity in the sales ring was also a testament to his pedigree, which includes a bevy of graded stakes horses.

Like so many Centennial stars before him, Rocketry received his early education under Parsons and her team at the Middleburg Training Center, a place he’d return to throughout the years for vacations from a racing environment. He joined trainer Jimmy Jerkens at Belmont Park in June of his two-year-old year, under whose care he would remain throughout his career. Rocketry displayed what would become his trademark late-running style beginning with his first career start at Gulfstream Park. An impressive maiden score on turf at Belmont Park during the spring of his sophomore campaign earned him “Rising Star” status from the Thoroughbred Daily News. As a three-year-old, he beat older horses at Saratoga and barely missed his first graded black-type, finishing behind only subsequent G1 winners Voodoo Song, Yoshida, and future Horse of the Year Bricks and Mortar going just 1 1/8-miles in the G3 Saranac.

Rocketry would truly come into his own as a four-year-old. His continuing maturity coincided with an increased fondness for dirt and he made the transition to the main track in September of 2018. The switch resulted in a performance in the Temperence Hill Stakes that is unlikely to be matched – he stopped the clock in 2:40.18, breaking Man o’ War’s 98-year-old Belmont Park track record for 1 5/8-miles. He took his show on the road next out and picked up his first graded stakes victory. A late charge in the G2 Marathon Stakes presented by the Thoroughbred Aftercare Alliance established a new track record of 2:57.62 for 1 ¾-miles at famed Churchill Downs.

While his unique style and preference for longer distances would make him vulnerable to pace and biases, he continued to deliver big performances over the subsequent seasons. At five, he flew late and wide to finish second in the prestigious G2 Woodford Reserve Brooklyn Invitational Stakes. His six-year-old campaign ended with an exclamation point as Rocketry set a third track record, this time going 1 5/8-miles in 2:42.57 at Keeneland, and picked up another graded stakes victory – the G2 Thoroughbred Aftercare Alliance.

Rocketry’s zest for training, the track environment, and his Jerkens Racing family never wavered during a three-race campaign in 2021. Although his seven-year-old season upped his black-type count to a total nine races, the decision was made to retire him following a fourth-place effort in Saratoga’s Birdstone Stakes. Centennial Farms could not be more proud of his on-track accomplishments or more grateful of his status as a fan-favorite. The two elements combined in spectacular fashion when a shoe worn in victory in the Temperence Hill topped a fund-raising auction for the Thoroughbred Retirement Foundation.

While plans are being finalized for his retirement, “Rocky” has shipped to Centennial Farms in Middleburg, Virginia to unwind, enjoy the spacious paddocks, and be spoiled. 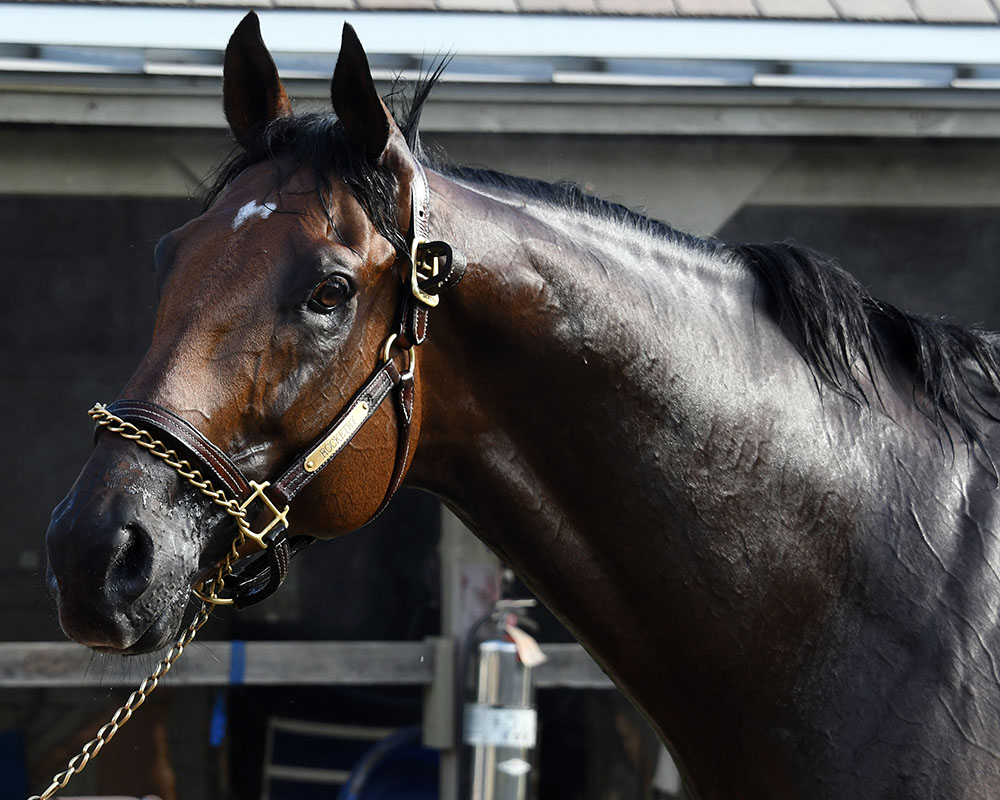 A yearling sale can be a bit of a marathon and a bit of a dance, but having a game plan and sticking to it makes all the difference. Dr. Stephen Carr and Paula Parsons returned to the sale where they have found eight G1 horses, including Eclipse Award champion Rubiano, Belmont Stakes victor Colonial Affair, and Breeders’ Cup winner Corinthian, and found another outstanding individual. Hip 203, from the second crop of the late champion Arrogate, was worth waiting until nearly the end of the sale. Learn more about him and how to get involved here. 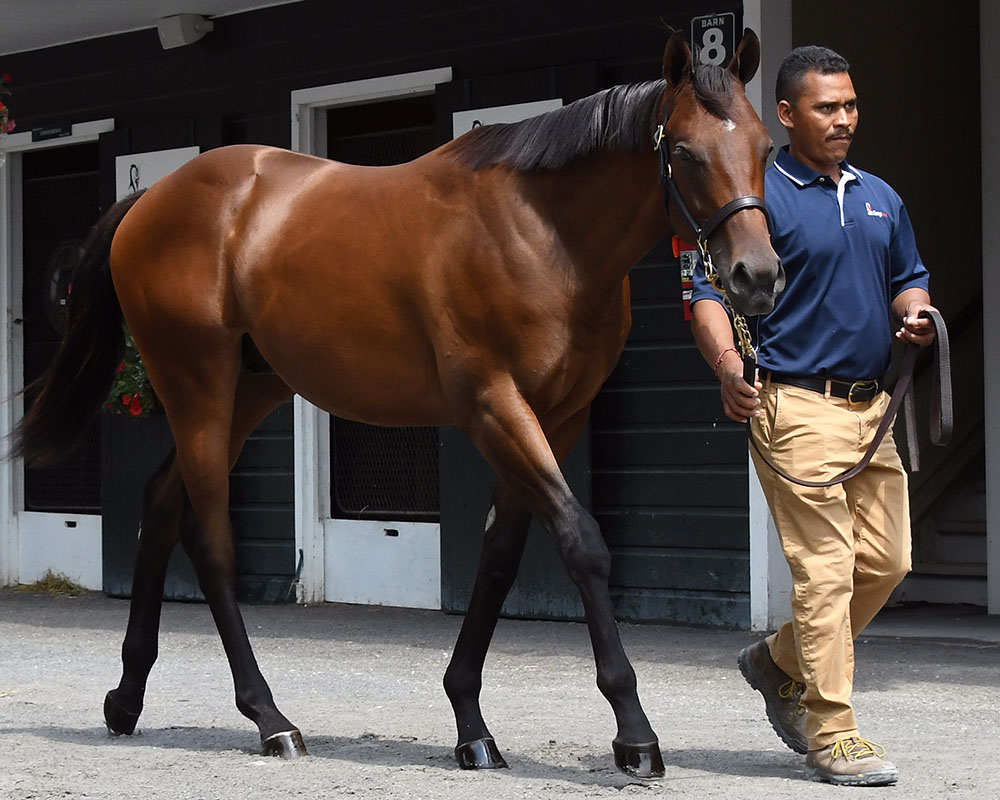 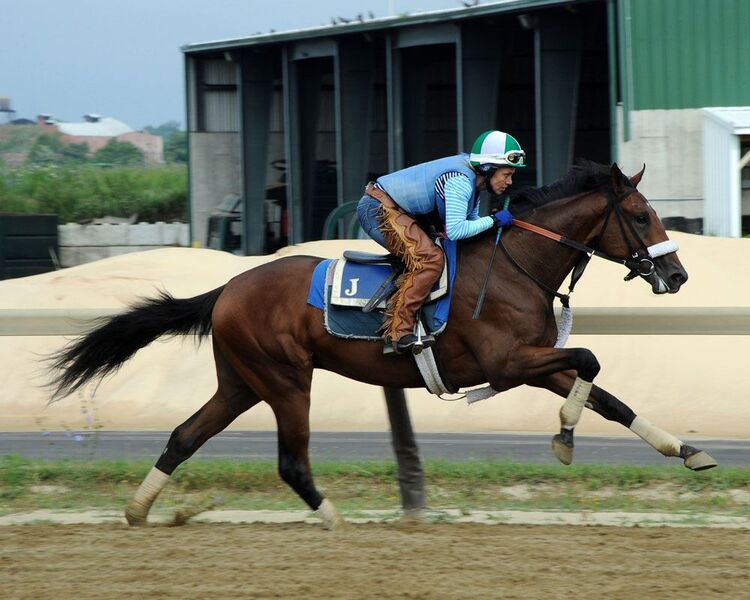 Centurion is back in the mornings after his last start on July 1 at Belmont Park. 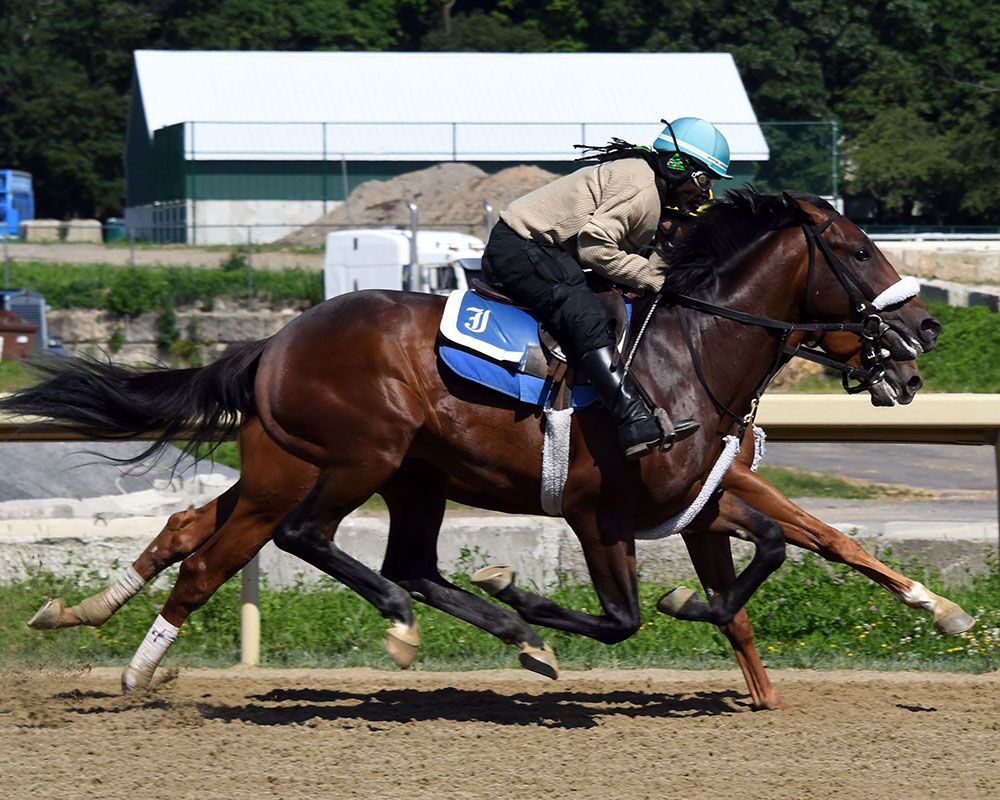 Royal Realm is back in the mornings in Saratoga after his last start on June 19 at Belmont Park. 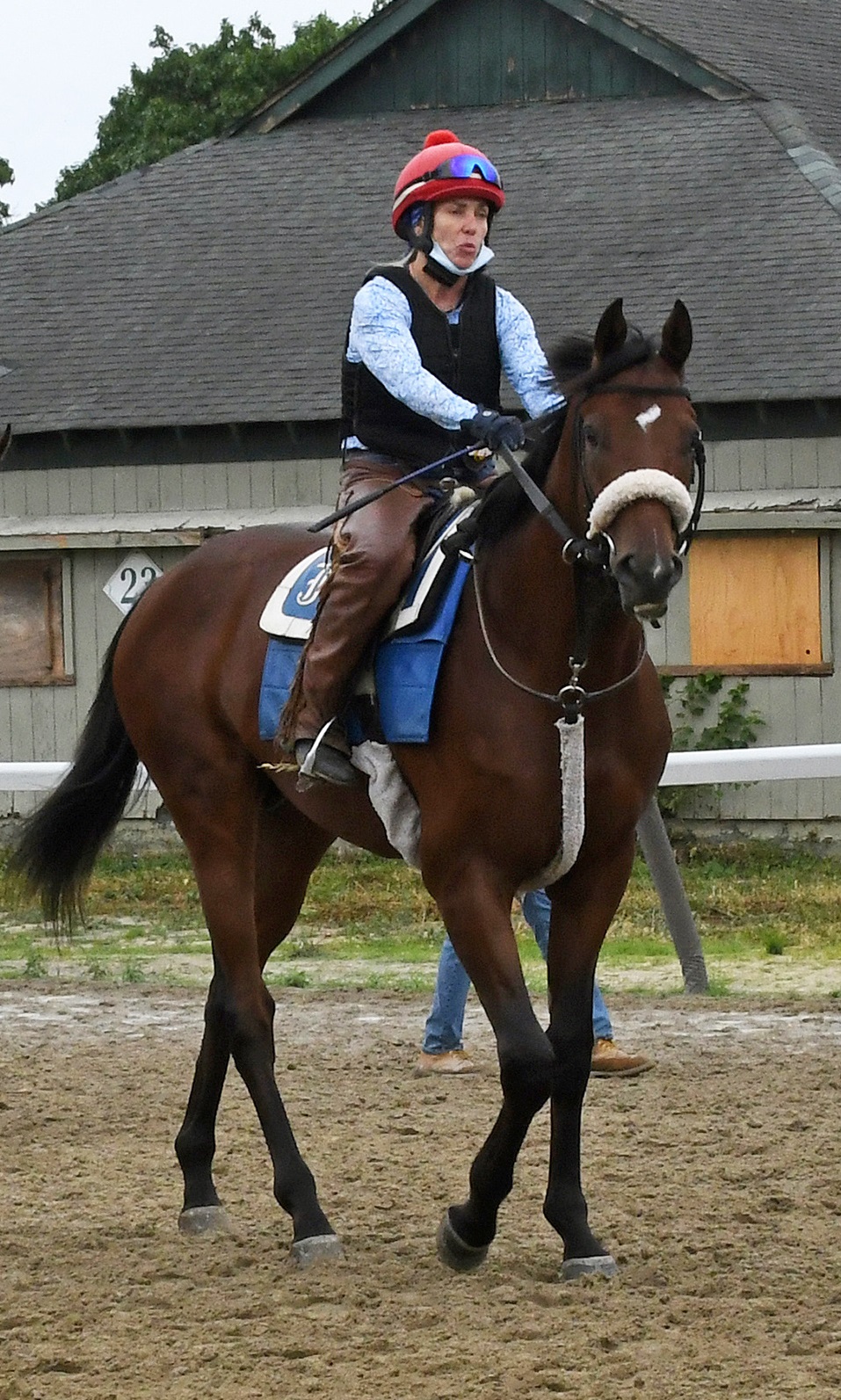 Mihos is back to work in the mornings after his last start on April 24 at Belmont Park. 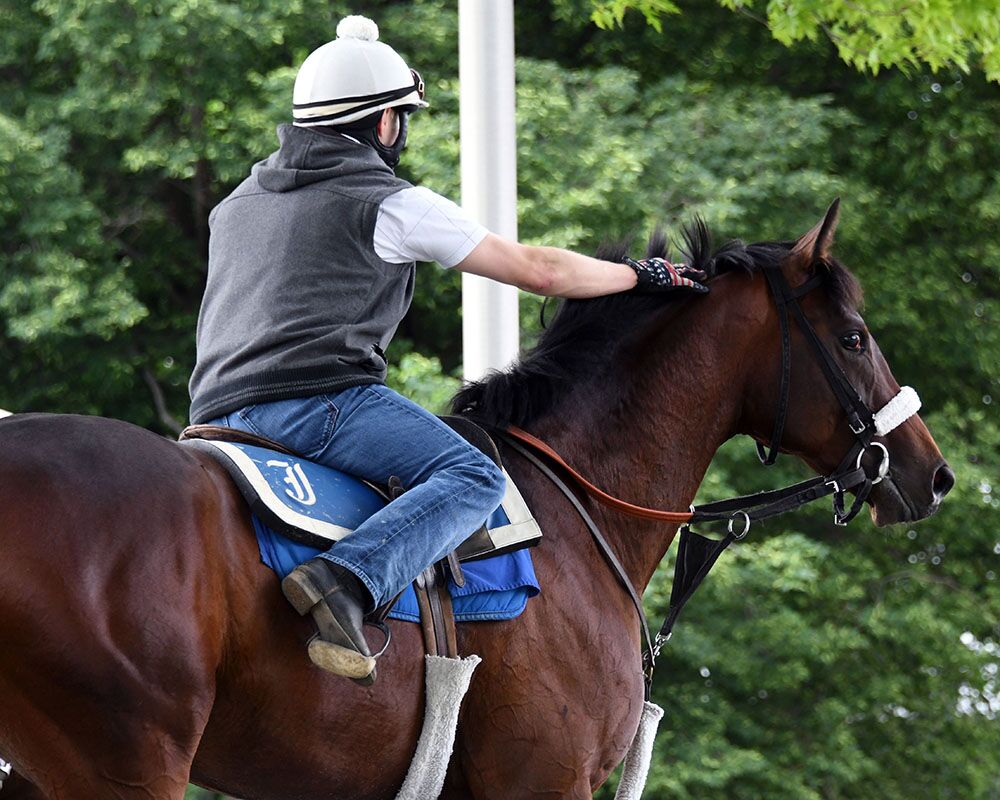