Grade III winner Chelokee was euthanized due to complications from a prior injury at the University of Arizona Equine Center near Tucson May 2. The son of Cherokee Run was 10 years old.

Chelokee was donated to the equine center by Centennial Farms (Donald Little Jr., president) at the end of 2009 and stood his first season there in 2010.

The dark bay or brown horse raced for Centennial, and then stood his first season at Tom Simon’s Vinery near Lexington in 2009. Overall, he sired 47 foals from four crops. Among his 11 winning offspring are stakes-placed runners Lady Kee and General Houston.

Chelokee suffered a career-ending injury in the 2008 Alysheba Stakes (gr. III) on the Kentucky Oaks (gr. I) undercard and was initially given a “50-50” chance of survival. He then made a health comeback after undergoing surgery and rehabilitation. As a 3-year-old the previous year, he won the Northern Dancer (gr. III) and Barbaro Stakes and ran third in the Florida Derby (gr. I). Chelokee retired with five wins from 10 starts and earnings of $385,785.

“Due to his prior injury, mechanical breakdown of his left front (ankle) occurred,” University of Arizona Equine Center manager Laura Lea Walker said of Chelokee, who covered three mares this season. “This led to a bone infection, where he lost a section of his coffin bone. True to his nature, and with the help of his team of veterinarians and caretakers, he fought through and stood another two breeding seasons.

“Those of us who cared for Chelokee daily carefully monitored his quality of life and spirit. He was a fighter, but we noticed at the beginning of the 2014 breeding season a tiredness in him due to the chronic pain. When his activities and playfulness began to wane, the decision was made to euthanize him, allowing him a peaceful passing. We were with him until the end, and he will be greatly missed.

“Chelokee was one of the most amazing horses. His big heart and intelligence, as well as his sweet nature endeared him to everyone that came in contact with him.”

Out of the grade II stakes-placed Silver Ghost mare Dixie Ghost, Chelokee is a half-brother to grade II winner Salute the Sarge and added-money winner Mymich. He was bred in Kentucky by Gulf Coast Bloodstock. 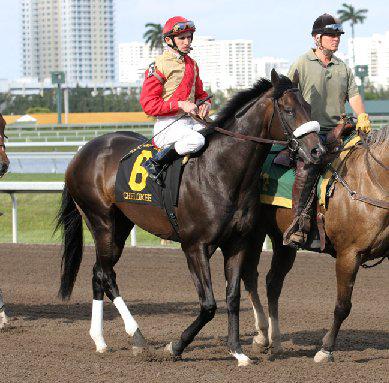 Chelokee’s two-year-olds marked their first win for the stallion over the weekend at Prairie Meadows. Filly Lady Kee won by 5 ½ lengths in a Maiden Special Weight race on July 8. She ran the 4 ½ furlong race in :52.71.

We hope that Centennial’s Beat Of the Drum will add to Chelokee’s success as a stallion when he begins his racing career later this summer or early fall. He has been training well at the farm and we are excited about his prospects.