Pirate’s Treasure broke out of the maiden ranks with a front-running score at Aqueduct! As a New York-bred facing open company, his victory also earned more than $2,400 in owners awards for his partners. 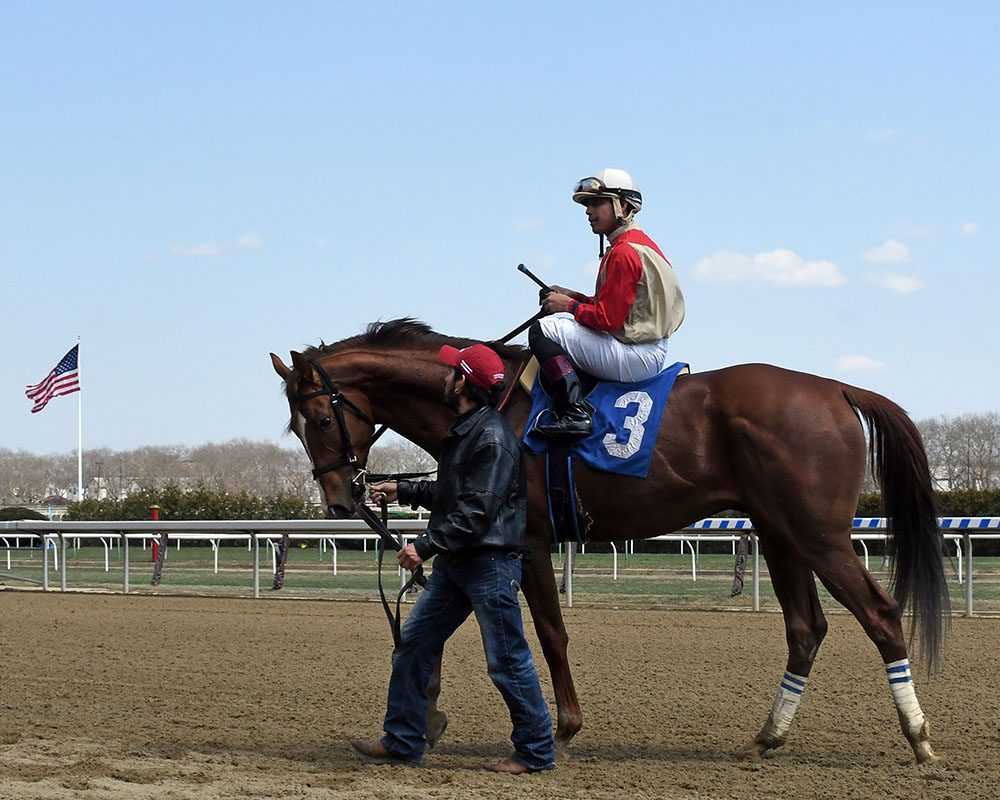 An action-packed weekend gave Team Centennial much reason for optimism and celebration across four different partnerships! Four runners at two tracks across two stakes headed back to the barn with a win, a second, and two thirds among them.

The partners in the Crescent, LLC enjoyed their group’s first victory, from just two starters, with a game, impressive victory from Metallic at Laurel Park. The son of Medaglia d’Oro battled along the rail throughout, drew clear, and held off a late charge. Rodney Jenkins has done a tremendous job with the colt and is enthusiastic about his bright future.

Stable star Unified was the headliner of the weekend at Aqueduct. The multiple graded stakes winner made his Grade 1 debut as the highweight in the Carter Handicap. Though he just missed running down a loose-on-the-lead longshot winner, Green Gratto, it was a big performance from the colt who has developed in to one of the best sprinters in the country under the watchful eye of Jimmy Jerkens.

Pirate’s Treasure was involved in a wildly-run Wood Memorial Day nightcap. The New York-bred continues to develop mentally with each start and has improved his finish with each effort, crossing the wire third.

Rounding out the weekend was Adulator, looking to rebound after a disappointing seasonal debut at Gulfstream Park. A speed favoring track made things difficult, but he came running and galloped out well to finish third in a strong field.

The quartet’s encouraging efforts moved our on the board percentage above 63% in 2017, with every reason to believe they’ll continue to make our partners proud.

Check in with the Centennial two-year-olds as they progress in their training at the farm in Middleburg, Virginia.    All six colts are galloping daily and doing some early gate work at the Training Center.  Ownership interests are still available in the 2015 Empire, LLC as well as the 2015 Crescent, LLC.   Learn the excitement of thoroughbred ownership first-hand and #getinthegame.

There is always something going on in Saratoga Springs throughout the summer, but this week has been particularly jam-packed. We headed to the Fasig-Tipton Saratoga Select Yearling Sale to see if we could commence the latest class!

Drafting the next round of stable stars is an involved process comprised of multiple steps and a few opinions. Our focus is on identifying colts with the potential to be outstanding racehorses and desirable stallion prospects. After combing through the catalogue for pedigrees that mesh well with our goals, the physical inspections begin. Dr. Stephen Carr, Paula Parsons, and Don Little, Jr., each examine the group. Sales evaluations include observing the horse, assessing their walk, and a veterinary appraisal. Each individual involved in the process brings a unique perspective to make sure no stone goes unturned.

Of course, the potential athletes who make the shortlist are bound to have caught the eye of others, some of whom come with awfully deep pockets. Unfortunately, across the board increases in total sales, average, and median left us empty-handed at the end of the two-day sale. Undeterred, we are on to the next group. The Fasig-Tipton team has assembled another strong catalogue for the NY Bred Preferred Yearlings sale, commencing on Saturday, August 15. New York-breds are eligible for some of the nation’s biggest purses and are a constant presence in the country’s biggest races. Recent graduates of the sale include Breeders’ Cup winner Dayatthespa and millionaire graded stakes winner Upstart.

We are looking forward to seeing how we fare over the weekend. Hope you’ll join us as Team Centennial builds toward the future in search of the next Colonial Affair, Corinthian, or Wicked Strong! 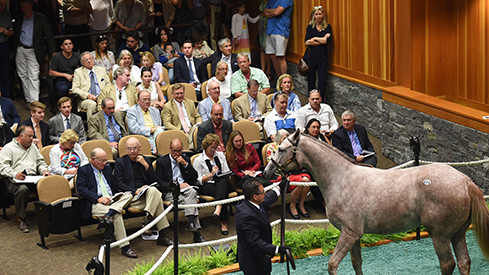