The prestigious Keeneland September Sale has proven to be a showcase for the first crop of Preservationist. An absolute star for Centennial, the young stallion is poised to accomplish big things for Airdrie Stud. Through the first three books, his yearlings averaged more than fifteen times his stud fee as buyers clamored to buy a runner. The Centennial Farms acquisition team, the same individuals who found Preservationist himself at this same sale, landed an outstanding colt by our outstanding racehorse. 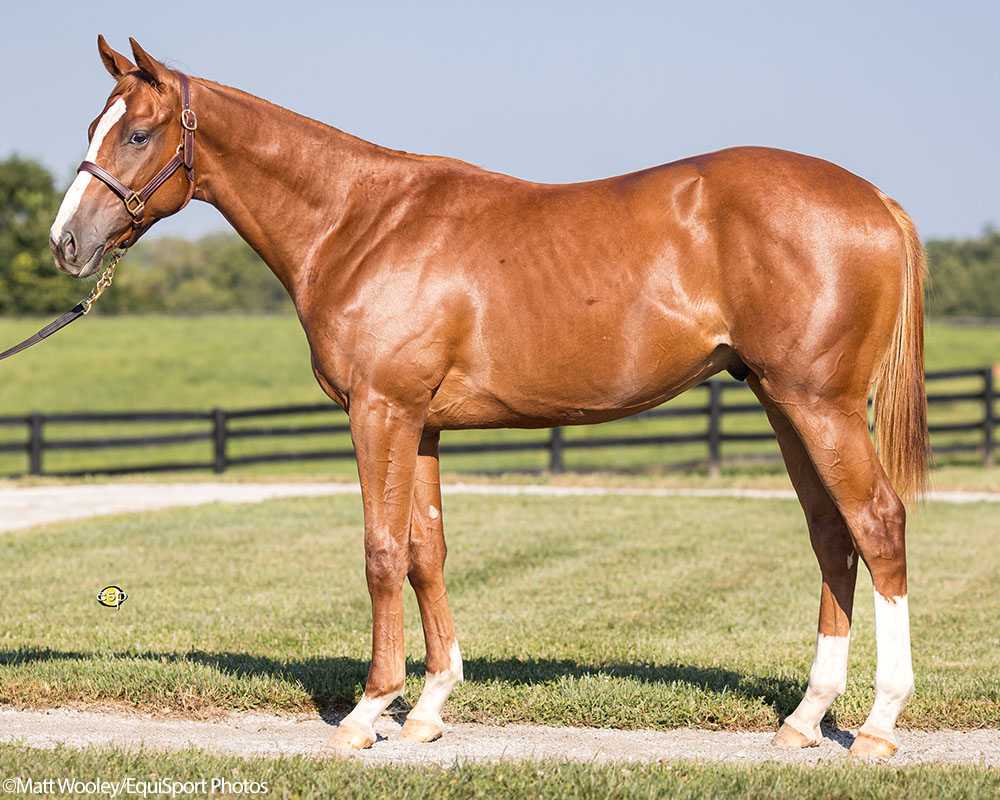 One of the most talented performers to carry the Centennial colors was Preservationist, millionaire hero of the Woodward Stakes (G1) and Suburban Stakes (G2). His first crop has proven to be in demand at Keeneland September, averaging more than fifteen times his stud fee through the first three books, with none failing to meet their reserve.

Preservationist developed into one of the best older horses in training and in his victories in the Woodward Stakes (G1) and Suburban Stakes (G2) he defeated such prominent runners as Yoshida, Catholic Boy, Tom’s d’Etat, Mongolian Groom, Mr. Buff, and Pavel. Preservationist is among the best sons of Arch, himself sire of more than 70 stakes winners, including Champion and successful sire Blame.

The dam of this colt, Lifetime Memory, took a maiden special weight at Belmont Park on debut, scoring by daylight from a field that included subsequent multiple graded stakes winner Royal Flag.

Lifetime Memory is a three-quarters sister to the Jersey Lilly Turf Stakes winner Proud Reunion and a half-sister to Speaktomeofsummer – successful in the Lake Placid Stakes (G2) and Chelsey Flower Stakes; to graded stakes placed More Fun Again (by Arch, the grandsire of this colt); and to Vicennalia, the dam of juvenile stakes winner Left The Building.

Lifetime Memory’s dam, Silver Reunion, is a daughter of Harlan’s Holiday, also responsible for leading sire Into Mischief. She captured the Endeavour Stakes (G3) and Riskaverse Stakes and is a sister to stakes placed Her Star. Silver Reunion is out of another accomplished runner in Silver Comic, successful in the Mrs. Revere Stakes (G2).

This colt is bred on the successful cross of Arch and sons with Gone West line mares, which has also produced grade one winner Abscond, and stakes winners Acting Out, Why Why Paul Why, Sweet Victory, Blame J D, Go No Go, and Cheriearch.

At this time, our minimum subscription amount is 5% ($22,000) with a total capitalization of $440,000.  That accounts for all of his expenses through the conclusion of 2023 and includes contributions to our Equine Retirement Fund. He has already arrived in Middleburg, where he will be made eligible for the lucrative Virginia Residency Program. Please contact the office for more information or if you would like a hard copy brochure.