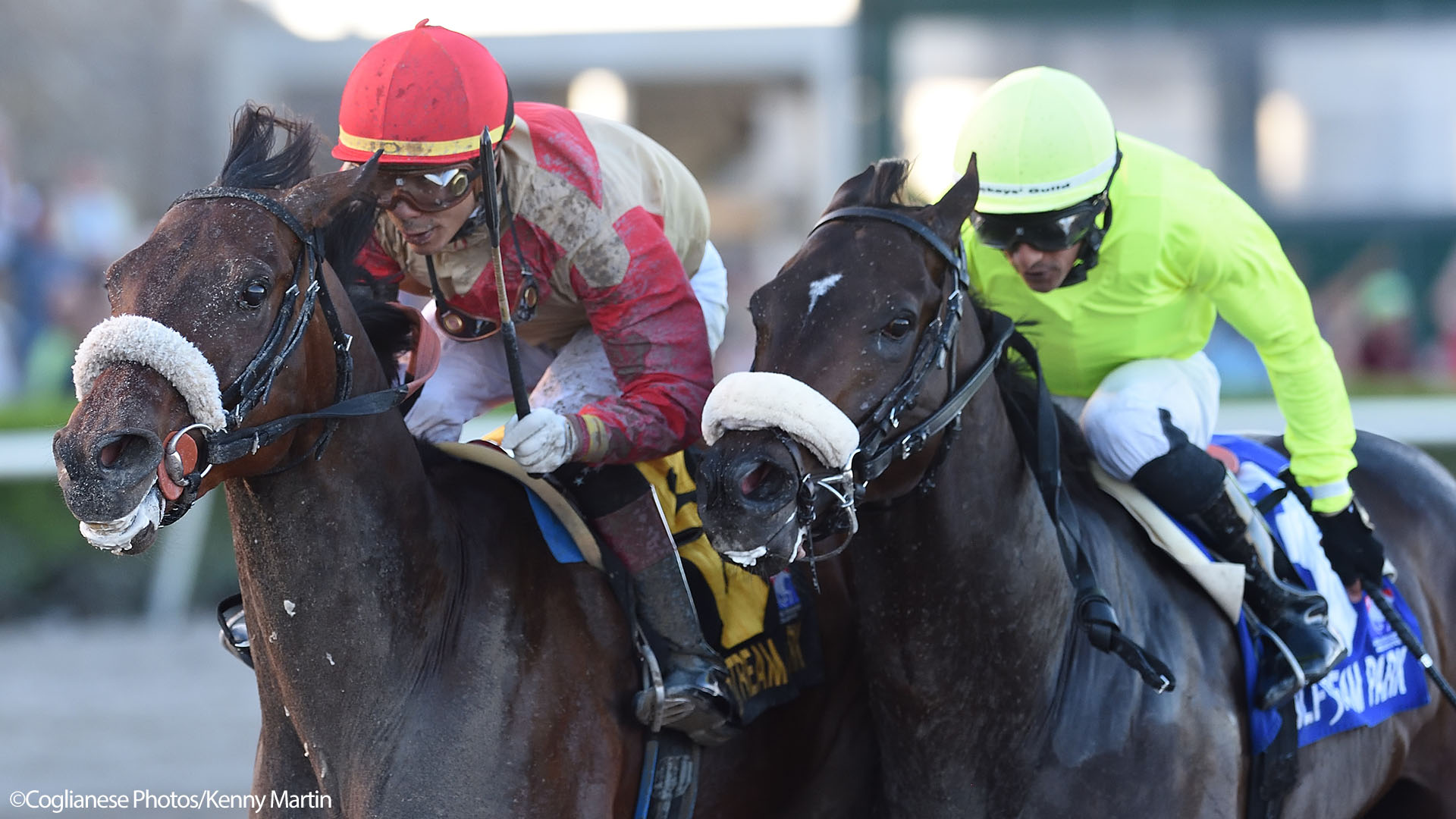 This athletic colt is by an exciting first crop sire. Multiple graded stakes winner Cairo Prince has seen his offspring being received phenomenally well at every major yearling sale. Our colt is the second foal from a young Lion Heart mare whose only starter is a winner this year. That combination is also a variation of the Empire Maker/Storm Cat-cross that’s responsible for American Pharoah, Classic Empire, and Bodemeister.

Named Mihos, an ancient Egyptian lion-headed god of war and a son of Bast, the Egyptian goddess of cats, he is in training with the Jimmy Jerkens’s string  at Belmont Park.  Mihos is eligible for the lucrative Virginia-Certified Residency Program. .

He started his career by hitting the board for third on September 23, 2018 going six furlongs. Mihos and Rajiv Maragh teamed up again on November 24 when he broke his maiden in his second start and quickly became a TDN Rising Star following in the footsteps of Centennial’s Wicked Strong, Unified, and Rocketry.

Mihos captured his first stakes win in his third start with jockey Jose Ortiz winning the Mucho Macho Man Stakes on January 5, 2019 at Gulfstream Park. He notched his fourth win with a great ride by Trevor McCarthy on March 13, 2021 at Aqueduct Race Course.

Mihos was claimed out of his last race on June 10; we wish the new connections all the best.

During uncertain times, mighty Mihos provided a much-appreciated boost with a sparkling victory at Gulfstream Park. The talented colt returned to the races off of a layoff with a solid... Read More
January 5, 2019 in Latest News, Mihos, Preservationist

What a way to kick off the new year! Mihos proved his status as a Thoroughbred Daily News "Rising Star" was on the money, digging in to prevail in his... Read More
November 25, 2018 in Latest News, Mihos

Mihos, third in his debut at Belmont Park in September, put the lessons learned that day to good use at The Big A, drawing rave reviews with a maiden victory!... Read More