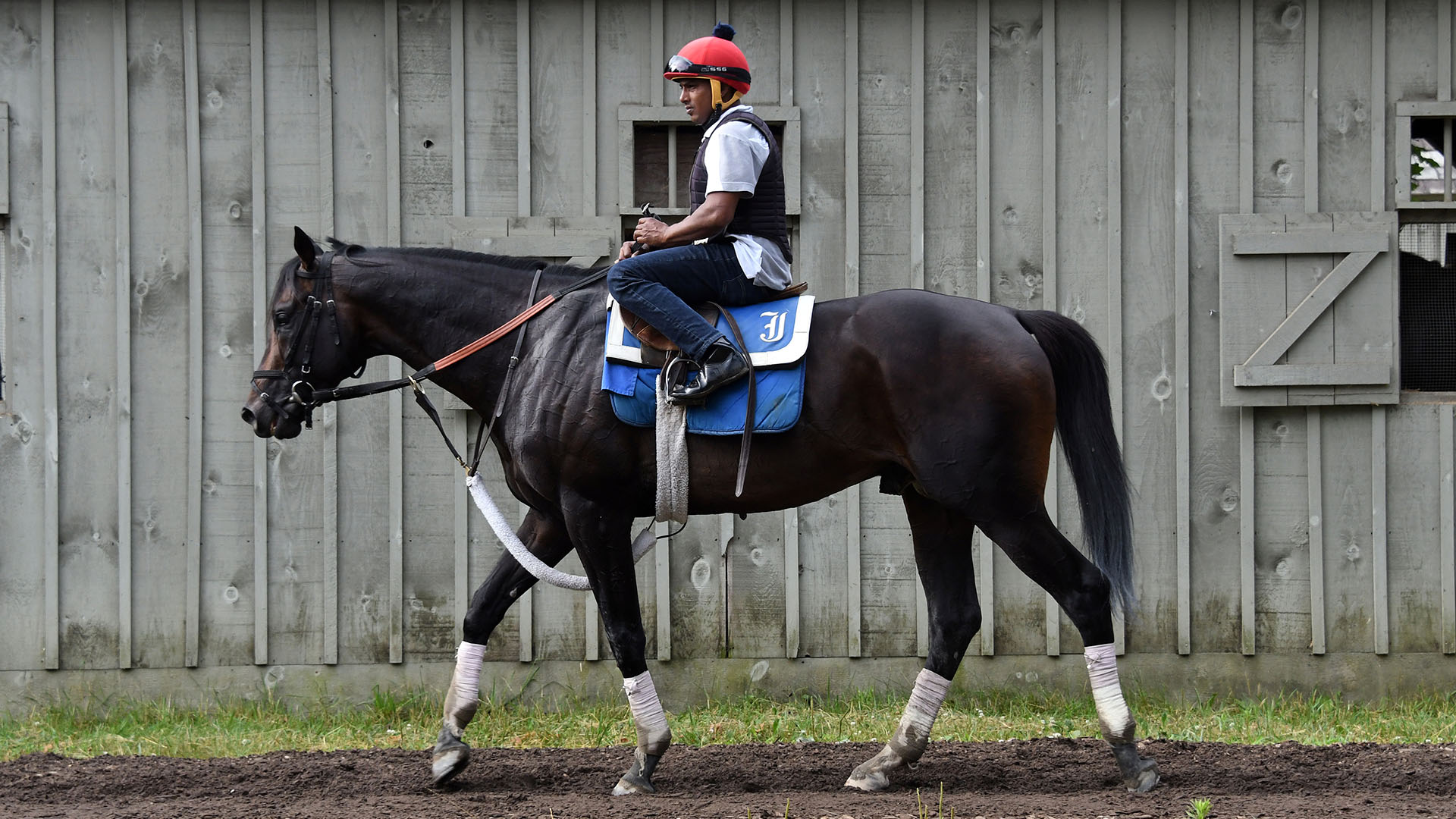 Fleet-footed Candygram joined the Centennial Farms roster as a two-year-old in training at the OBS March Sale. The handsome son of Candy Ride was a welcome addition on the heels of Unified, with whom he shared a sire.

Classy from the get-go, Candygram was an impressive sophomore who hit his best stride at four. Back-to-back sparkling performances at Aqueduct and Belmont Park launched him in to his stakes debut. The talented colt finished second in the State Dinner as the only non-graded stakes winner in the field. Lacking in luck, Candygram became quite ill immediately following his next start. Although he made a full recovery, the decision was made to retire him to stud following a minor subsequent setback.

The Centennial Farms record of placing stallions at stud continues to get gaudier! Candygram has joined the roster at Taylor Mountain Farm in West Virginia. Taylor Mountain has long been... Read More
July 9, 2019 in Candygram, Latest News

Surrounded by graded stakes winners, Candygram made his stakes debut in Belmont Park's State Dinner Stakes to close out our thrilling spring/summer meet in Elmont. The colt found himself in... Read More
May 18, 2019 in Candygram, Latest News

Sometimes all you can say is wow! Candygram delivered that kind of performance at Belmont Park, powering clear to a 5 1/2-length victory despite drifting out and being geared down... Read More
April 21, 2019 in Candygram, Latest News

The Palm Meadows-based horses and the Jimmy Jerkens crew that cares for them have made their way back to beautiful Belmont Park for the season. It didn't take long for... Read More