The Centennial Farms record of placing stallions at stud continues to get gaudier! Candygram has joined the roster at Taylor Mountain Farm in West Virginia. Taylor Mountain has long been one of the leading farms in the state and is located not far from our Middleburg base. Centennial fan-favorite Juba joined the roster at the conclusion of his racing career in 2016 – his first crop hits the races this year. Candygram’s looks, talent, and pedigree make him an exciting addition to the region and we look forward to watching him capitalize on his opportunities. 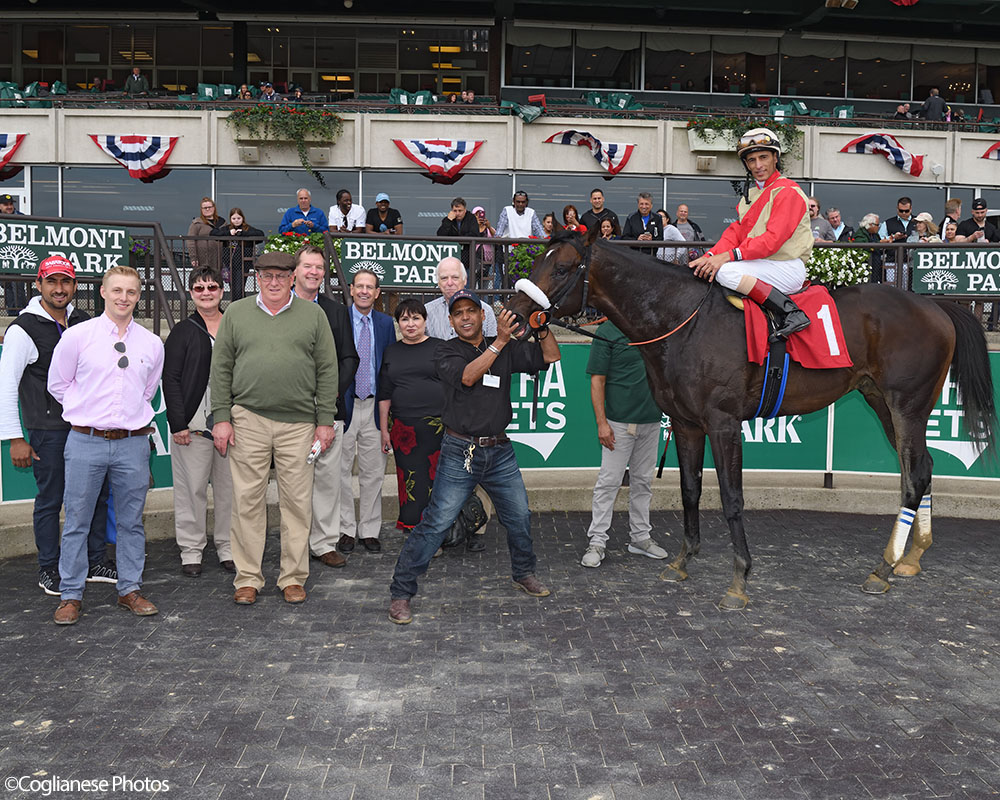 Fan favorite Juba has been retired from racing and will enter stud at Taylor Mountain Farm in Charles Town, West Virginia for the 2017 season.

The popular son of leading sire Tapit retires with three wins and earnings in excess of $175,000. After an injury derailed his sophomore season, Juba’s good looks, captivating personality, and a fan-created, Centennial-endorsed twitter account surprisingly launched him in to the public eye. He returned to the races with aplomb at four, demonstrating bristling speed and considerable grit. Juba put in his best performance at five – a tour de force victory in a stacked 7 furlong, third level allowance at Belmont Park, winning by better than six lengths.

Taylor Mountain Farm is a well known family farm operated by generations of Mid-Atlantic horsemen. Patriarch James W. Casey, who founded the farm with his late wife, Eleanor, is widely known as the trainer of Russell Road, one of the most successful West Virginia-breds of all time. Juba joins graded stakes winners Denis of Cork, Luftikus, and Windsor Castle on the Taylor Mountain Farm roster. All three, along with their late Charitable Man, rank among the top eleven leading general sires in West Virigina. Juba is the first son of Tapit to enter stud in the Mountain State.

Taylor Mountain Farm will announce a stud fee at a later date. Visitors are available by appointment only or via pre-announced area tours. 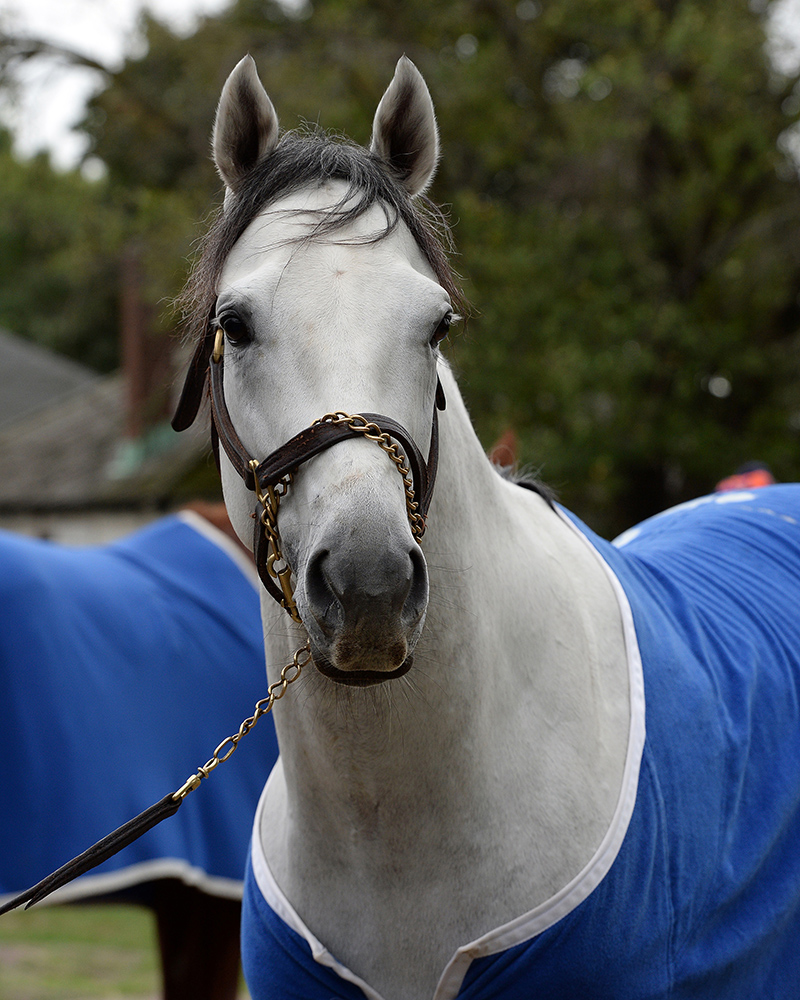 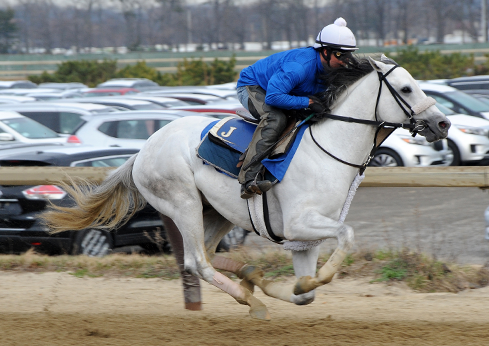 What a performance! Performances, really, as ultra-popular Juba delivered in a big way on the track and online. It was the latter that came first. The bidding on “Jubacasso”‘s Moneigh closed at a whopping $1,283.88. The price tag ranks Juba among the Top 5 most expensive artists in ReRun‘s history. His company in the upper echelon includes some of racing’s finest – American Pharoah and Zenyatta. The proceeds for Juba’s art, which he made with After the Finish Line, will be split between the two charities. ReRun’s portion has already directly funded the rescue of two mares from a kill pen.

Just four days later, Juba was at the center of a very different kind of eye-popping result. On Thursday afternoon, Juba found himself facing a tough field off the January layoff. Dismissed at 7-1, by far the longest odds he’s been since his career debut, Juba put forth the biggest performance of his career. The handsome gray received a textbook ride from Hall of Famer John Velazquez and turned it in to a powerhouse effort, drawing off to a 6 1/4 length victory. The Beyer speed figure of 100 marked a new lifetime top and is a mere six points off 2016’s highest number going up to a mile.

Miss the race or just want to relive it? Catch the replay!

The result of Juba’s foray in to the arts is now available on eBay! The ever-popular horse was invited to create a Moneigh®, the result of which is currently being auctioned off. Dawn Mellen of After the Finish Line visited Juba at Jimmy Jerkens’ Belmont Park barn. Using non-toxic, washable paint in Centennial Farms colors and a gray reminiscent of his own coat color, Juba used his lips and muzzle to create a unique design, which he then “signed” with a hoof-print. The resulting work of art was matted, along with a lock of his mane, by ReRun, Inc.

Bidding opened at $25.00 for the painting, but it quickly skyrocketed in price. The first bid came in at an even $100, and it has only continued to rise. Proceeds from the sale of Moneighs® goes to thoroughbred aftercare. Please visit After the Finish Line® and ReRun, Inc. to learn more about each organization, including how to donate. Bidding remains open on Juba’s artwork until 6:45pm EDT on Sunday, May 1. 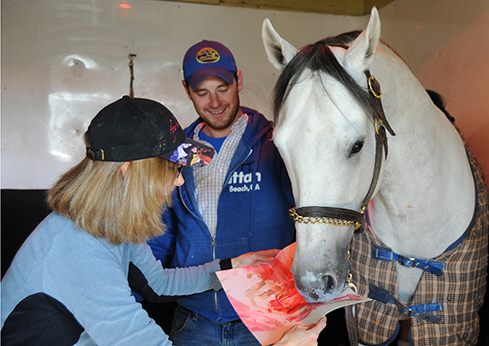 Juba Steps Up for Westchester

Social media fan favorite Juba has been entered in the G3 Westchester Handicap to be run Saturday, May 2 at Belmont Park. This will be Juba’s first Stakes Race and he will face a formidable field of five. The 2013 and 2014 Belmont Stakes winners, Palace Malice and Tonalist, will also be starters in the one mile race.

Never off the board in his five lifetime starts, Juba broke his maiden running six and one-half furlongs at Gulfstream Park on March 18 and won his next start out at Aqueduct on April 4th in a first level allowance condition race going seven furlongs. His time of 1:23.58 in his last start was faster than the winner of the Carter Handicap on the same card. A bullet work going five furlongs in :59.45 last Friday made the option of the Westchester a real possibility.

President Don Little noted, “This horse seems to be on top of his game right now so after discussing it with Dr. Steve Carr and trainer Jimmy Jerkens, we figured why not give him a shot. We know it’s a step up to run against some of these seasoned Grade 1 winners but he has shown us he deserves the chance. Angel Arroyo has the mount for the first time as previous rider Luis Saez with be at Churchill Downs. It is exciting in many ways especially with the fact that our current Grade 1 winner, Wicked Strong, is in the same partnership.”

Race update as of April 30: Palace Malice has been scratched out of the race due to a foot bruise. 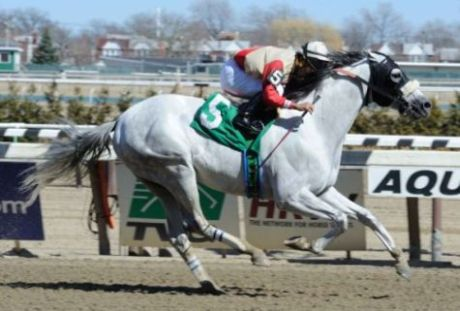 Both Juba and Wicked Strong had their first three furlong breeze on June 19 at Belmont and continue to impress Jimmy Jerkens. The slideshow is comprised of photos taken on June 7.

Salisbury Knight shipped in good order from Middleburg, Virginia on June 18 to Jimmy Jerkens’ stable at Belmont. We look forward to their continued workout schedule and debut at historic Saratoga Racecourse. 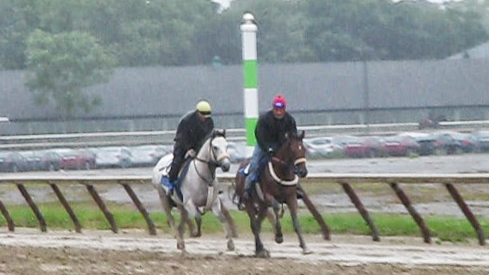 Tapit, Hard Spun and Bernardini are three of the hottest sires in the world today as well as the sires of the three new yearling colts that are the assets of Centennial’s new 2012 Horizon, LLC.

The colts were recent purchases from the Keeneland September Yearling Sale which saw high demand for quality horses and a great deal of competitive bidding between leading buyers. Centennial ranked in the top fifteen buyers at the conclusion of Thursday’s session. Our Acquisition Team worked diligently, sticking to a plan and budget that worked well to secure three spectacular individuals that fit the Centennial model of athletic ability, conformation and pedigree.

Total capitalization for this new partnership is $1,480,000 with all expenses paid through the end of 2013. There is a very attractive investment incentive to participate before year-end as both the accelerated depreciation and expense allowance within the horse industry will expire on December 31, 2012.

For more information on the colts click on the Horizon Partnership on the left hand side of the page. Please feel free to contact with the office with any questions. 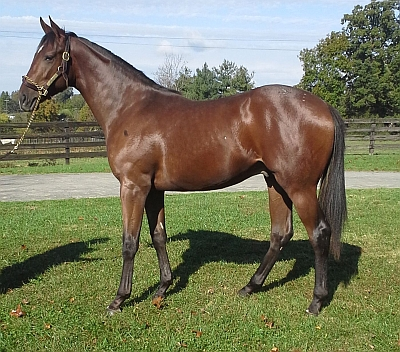