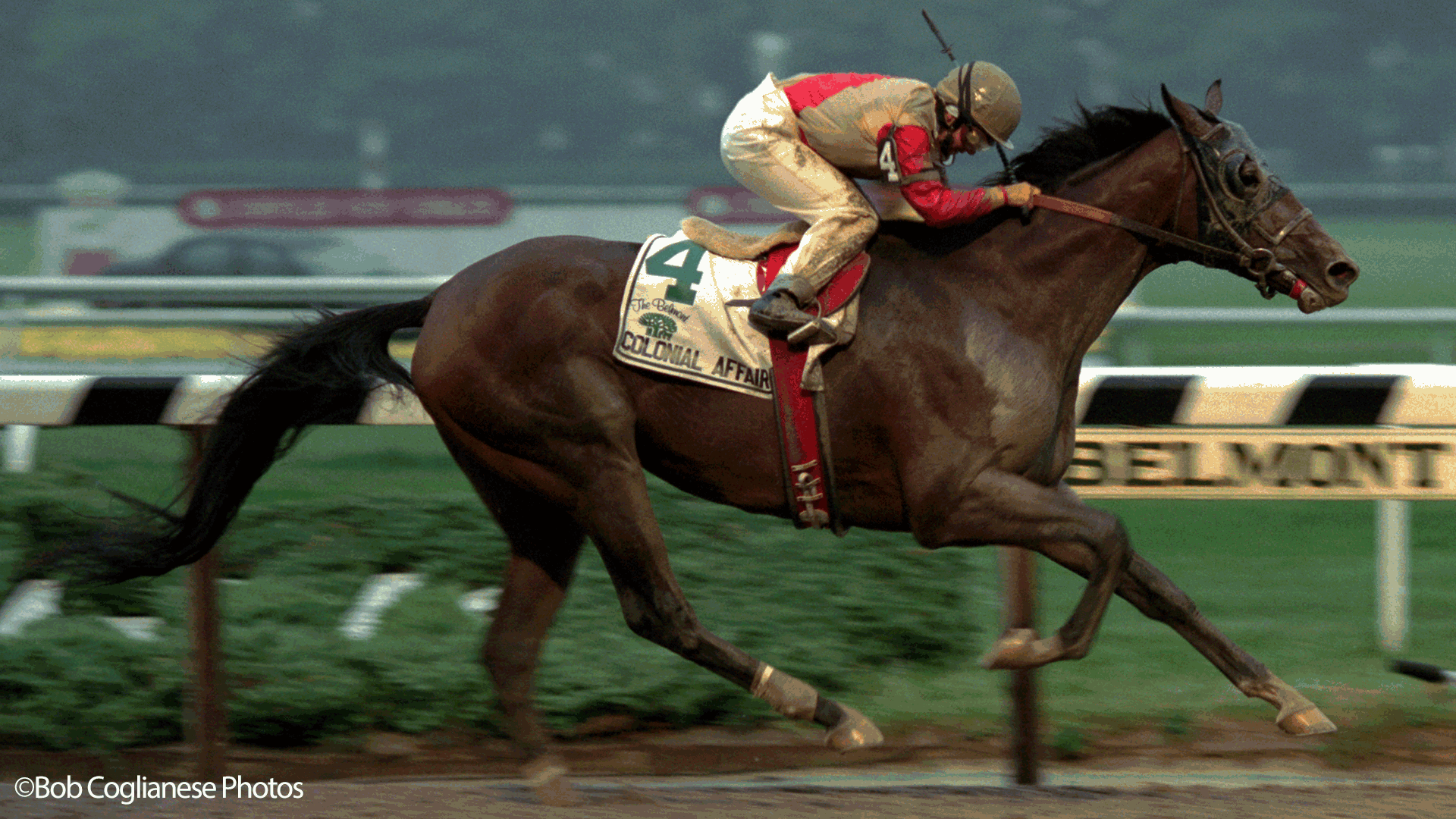 Everything you could hope for in a racehorse, Colonial Affair exceeded the expectations of even the most seasoned in the thoroughbred business.

The Pleasant Colony colt won at distances ranging from 7 furlongs to 1 1/2 miles, always competing at the highest levels of American thoroughbred racing.

He of course won the 1993 Belmont Stakes, making jockey Julie Krone the first female rider to ever win a classic race.

As a four-year-old, Colonial Affair continued to dominate the best horses in training, winning both the G1-Whitney and G1-Jockey Club Gold Cup in a season where he was second in voting for the Eclipse Award as Champion Older Horse.

Colonial Affair retired to Gainesway Stud after his career, but he has since traveled the world as a stallion, first standing in Japan and then making his way to Argentina, where he passed away at the age of twenty three.

Colonial Affair was at his best on the dirt, but his offspring have shown they are equally capable on both surfaces.

After retiring to stud, one of his owners, Fred Martin, kept his share in Colonial Affair as a stallion.
That share brought him Irish Colonial, a stakes winner in New York who competed against the best turf horses on the East Coast in Grade 1 company.

Written by Centennial President Don Little, Jr. As the Triple Crown season is approaching, I wanted to reflect on one of its historic moments. In light of Colonial Affair’s death... Read More
April 24, 2013 in Colonial Affair, Latest News

by Nick Hahn - Reprinted with permission www.theracingbiz.com With no Virginia-bred headed to Louisville for the Kentucky Derby, recently departed Colonial Affair will remain the most recent state-bred to win... Read More
June 1, 2007 in Colonial Affair, Latest News

Reliving the story of Colonial Affair 16 years later As the focus of thoroughbred racing shifts to the upcoming Belmont Stakes, Centennial Farms would like to take a look back... Read More