We are absolutely thrilled that Wicked Strong will be retiring to Spendthrift Farm in Lexington at the conclusion of his racing career. B. Wayne Hughes and his team have assembled one of the best young stallion rosters in the nation. The top twenty leading first and second-crop sire lists both have multiple Spendthrift representatives, including Archarcharch and Warrior’s Reward. The elder statesman of the Spendthrift roster, Malibu Moon, is a Top-10 sire whose progeny include a Kentucky Derby winner. There is little doubt that the current residents are well on their way to living up to the history of one of Kentucky’s great properties. Two Triple Crown winners, multiple Kentucky Derby winners, and several leading sires have called Spendthrift home.

Wicked Strong is a natural for Spendthrift’s prestigious roster. As a Grade 1 winner of over $1.9 million, he stands to be among the leading earners in the star-studded stallion barn. Wicked Strong is the natural next step toward carrying the immortal Danzig blood into another generation. He is the most accomplished offspring of one of Danzig’s best sons in Hard Spun. That noteworthy pedigree is joined by classic good looks to make Wicked Strong a can’t-miss stallion prospect.

Those with faith in his ability to produce top-class offspring will be rewarded through Spendthrift’s renowned “Share the Upside” program which allows early pioneers to obtain lifetime breeding rights. He is currently available for a $10,000 fee, which is subject to change pending the results of Wicked Strong’s next start – the prestigious G1 Breeders’ Cup Dirt Mile at Keeneland. More information is available via The Blood-Horse. 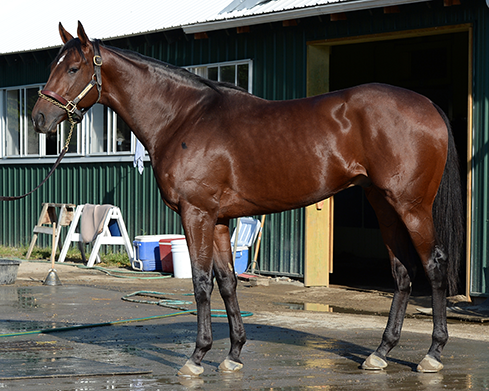 The closing weekend feature at Saratoga Race Course is the 62nd running of the prestigious Grade 1 Woodward. Our own Wicked Strong drew the rail as the third choice in his attempt to end the meet in style.

Favored in the field is G1 Whitney runner-up Liam’s Map, who heads a four-deep, speedy battalion from the barn of trainer Todd Pletcher. The lightly raced four-year-old seeks his first career graded stakes victory after being nailed on the line last out. His stablemates, Coach Inge, Protonico, and Mylute, have won or placed in the G1 Preakness, G1 Clark, G2 Alysheba, and G2 Brooklyn, among other blacktype efforts.

Our own trainer, Jimmy Jerkens, also sends out second choice Effinex, winner of the G2 Suburban at Belmont in July. The multi-horse entries for Pletcher and Jerkens will be joined in the gate by Dallas Stewart’s Commanding Curve, runner-up in last year’s G1 Kentucky Derby, and Bay of Plenty, who took the Alydar Stakes last out for Kiaran McLaughlin.

Wicked Strong enters the race off of a sneaky good effort when fourth in August 8th’s Whitney. While he has experienced some bad luck in 2015, including being virtually eliminated at the start of the G1 Met Mile, Wicked continues to train forwardly at Saratoga. He enters the Woodward off back-to-back bullet works, including a 36.83 blowout over the Oklahoma track on Wednesday morning. He will be joined once again by Luis Saez, who currently trails only Irad Ortiz, Jr., multiple Eclipse Award winner Javier Castellano, and Hall of Famer John Velazquez in the standings.

The $600,000 Woodward Stakes is carded as the tenth race on a twelve race card at Saratoga on Saturday, September 5. Tune in to NBC Sports Network beginning at 5pm to cheer on Wicked Strong! Post time is at 5:47 Eastern.

There is little doubt that Saturday, August 8 at Saratoga Race Course promises to be memorable. Over 100 partners, family, and friends will join together at America’s oldest sporting venue to enjoy and participate in one of the hallmark days of the country’s most prestigious meet.

Fan favorite Juba, whose twitter account has an audience of over 1,600, is the second choice in the day’s sixth race. Unraced since tangling with Belmont Stakes winner Tonalist in the Grade 3 Westchester at Belmont Park in May, Juba enters the race off of a sharp 35.44 drill over the Saratoga training track on Tuesday. Favored in the race is Ocean Knight, winner of the Grade 3 Sam F. Davis in January, but off since early March. Juba retains the services of regular rider Luis Saez in a salty field that also includes Havana, winner of the 2013 Grade 1 Champagne, and the graded stakes placed duo of Crafty Dreamer and Souper Knight.

The competition only gets tougher from there as our 2014 Grade 1 Wood Memorial winner Wicked Strong lines up in what is likely the toughest race of 2015 so far. The historic Whitney routinely draws the best older horses in the country and the 88th edition is no exception. Nearly every horse in the field is a Grade 1 winner, with victories including the Metropolitan Handicap, Belmont Stakes, Jockey Club Gold Cup, Stephen Foster, Whitney, Travers, and Donn. We began the week at the post position draw, where NYRA’s Andy Serling interviewed our own Don Little about drawing the nine, prepping on grass, and more.

Post time for Juba’s Saratoga debut is 3:55 Eastern. The Whitney, with a scheduled post time of 5:46, is part of live NBC coverage from 5-6pm.

Wicked Strong continues to train towards the G1 Metropolitan Mile to be run on Saturday, June 6 at Belmont Park. He worked five furlongs in 58.98 over the main training track on Friday, May 29 with Jockey Joel Rosario.

There were 21 Nominations for the race including some formidable opponents in Bayern, Honor Code, Private Zone, Protonico and Tonalist. Entries for the race will be taken on Wednesday, June 3. 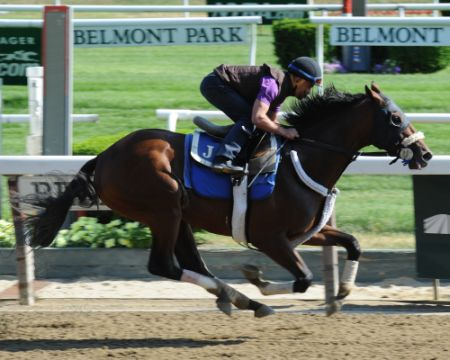 Juba Steps Up for Westchester

Social media fan favorite Juba has been entered in the G3 Westchester Handicap to be run Saturday, May 2 at Belmont Park. This will be Juba’s first Stakes Race and he will face a formidable field of five. The 2013 and 2014 Belmont Stakes winners, Palace Malice and Tonalist, will also be starters in the one mile race.

Never off the board in his five lifetime starts, Juba broke his maiden running six and one-half furlongs at Gulfstream Park on March 18 and won his next start out at Aqueduct on April 4th in a first level allowance condition race going seven furlongs. His time of 1:23.58 in his last start was faster than the winner of the Carter Handicap on the same card. A bullet work going five furlongs in :59.45 last Friday made the option of the Westchester a real possibility.

President Don Little noted, “This horse seems to be on top of his game right now so after discussing it with Dr. Steve Carr and trainer Jimmy Jerkens, we figured why not give him a shot. We know it’s a step up to run against some of these seasoned Grade 1 winners but he has shown us he deserves the chance. Angel Arroyo has the mount for the first time as previous rider Luis Saez with be at Churchill Downs. It is exciting in many ways especially with the fact that our current Grade 1 winner, Wicked Strong, is in the same partnership.”

Race update as of April 30: Palace Malice has been scratched out of the race due to a foot bruise.

Wicked Strong’s Inspiration to My Father

I want to express my thankfulness for all that Centennial has done with Wicked Strong and the story of the name. Not only have you shown support for Boston and the Marathon survivors, Wicked Strong has provided my father with inspiration while he battles leukemia.

We live right near Saratoga Race Course but are currently in Louisville, Kentucky for my father’s chemo treatments. The Travers race has always been exciting for us being near Saratoga. My father immediately picked Wicked Strong as his pick for the race once the field was set. As a family we embraced the mentality to be Wicked Strong. Our motto is that “Bill is Wicked Strong”; Bill is my father. My father has President Don Little’s quote about “no matter the highs and lows in life you must move forward” on the wall in his hospital room.

As Travers day came my dad was all aglow about watching Wicked Strong’s race, he even had me place bets on the race which he never does. The whole Travers day was a great distraction from the normal routine of being in the hospital. Dad could not have been happier watching that race. He was filled with so much inspiration watching Wicked Strong’s effort that he got out of bed and went for a walk for the first time in two days. He was like a thoroughbred how fast he was going through the halls.

His treatments will be over in a week and on Labor Day they will be doing a bone marrow test to see how successful it was. If he is able to come back to New York we will be so thankful.

My father is wicked strong and will beat leukemia; we thank you for giving us Wicked Strong to rally around.

**Update as of September 9 – the results of Bill Kenneally’s bone marrow biopsy came back and he is officially in remission from his leukemia. We wish him continued “wicked” good health. 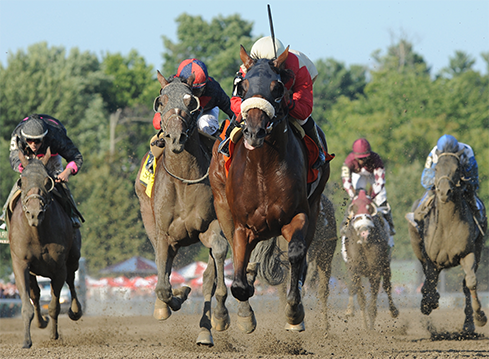