The historic Fasig-Tipton Saratoga Sale of Select Yearlings is undoubtedly one of the nation’s premier sales. Our own graduates do wonders to speak to its depth of quality – Rubiano, Colonial Affair, Corinthian, and Unified all hail from the summer fixture. Paula Parsons and Dr. Stephen Carr, the same individuals responsible for selecting that quartet, searched the sales grounds and came away with an outstanding colt who combines a world-class pedigree with the athleticism and class of a phenomenal prospect. 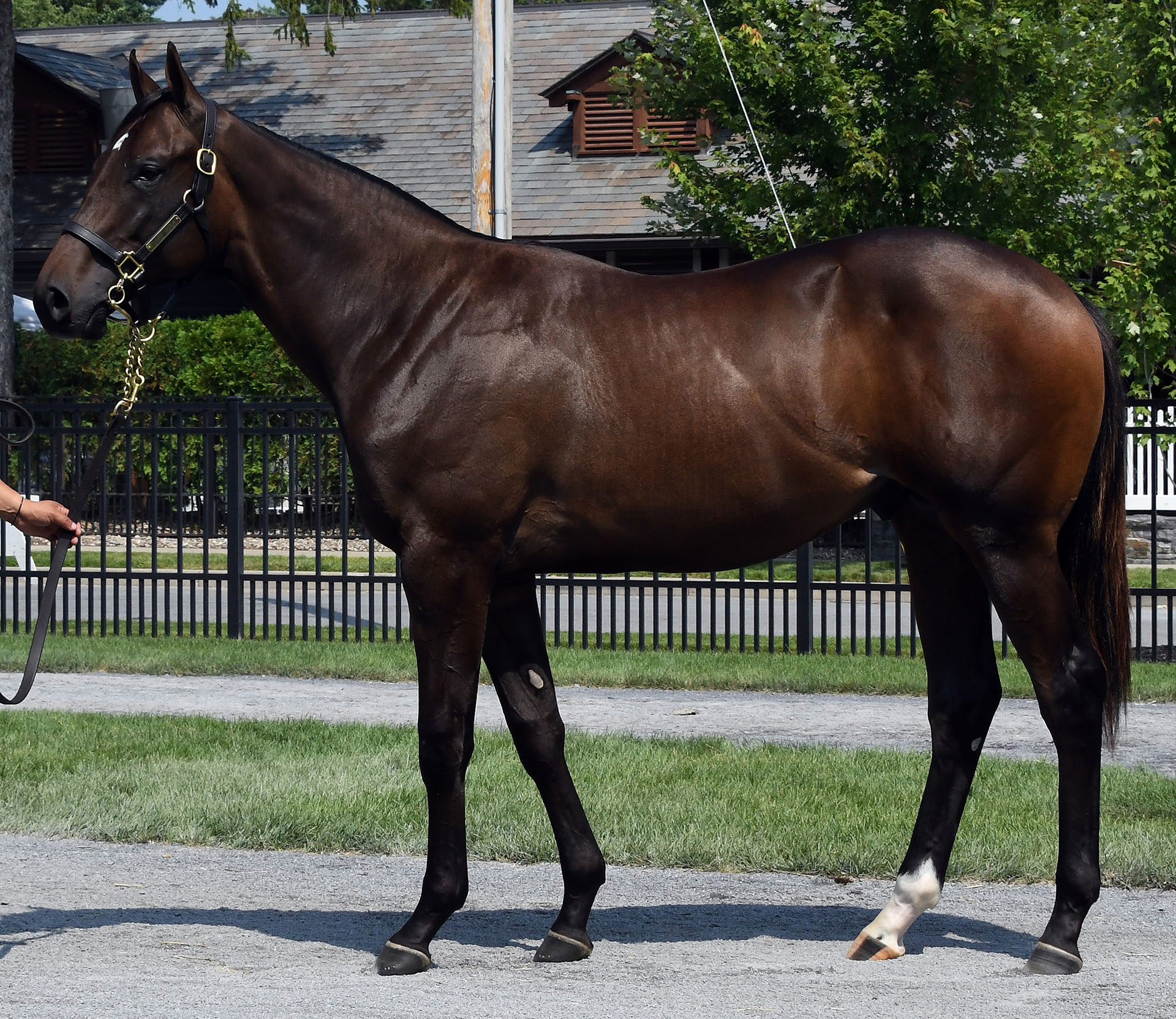 There are few more consistent sires of top-class colts than Candy Ride. An undefeated Champion from the Fappiano line, he is responsible for 86 stakes winners, and no less than 15 individual grade one winners. They include Horse of the Year Gun Runner; two Champion Two-Year-Olds in Game Winner and Shared Belief; as well as Twirling Candy, Sidney’s Candy, Misremembered, Capt. Candyman Can, Leofric, Mastery, El Brujo, and Ascend. Three of Candy Ride’s sons have already been represented by grade one winners, and with sons such as Gun Runner, Mastery, and Unified yet to have runners, Candy Ride is already emerging as a sire of sires.

Empire Desire, the dam of this colt, is a winning daughter of Empire Maker, and is bred on a very similar cross to the excellent Empire Maker filly Grace Hall.

Her current three-year-old runner is a multiple winner of over $112,000 to date. Empire Desire is also a half-sister to a trio of stakes winners in Miss Isella, Sir Cherokee, and Guam Typhoon. Miss Isella captured the Louisville Distaff Stakes (G2), Fleur de Lis Handicap (G2), and Falls City Handicap (G2) and took second in the Go For Wand Handicap (G1). Sir Cherokee was a stakes contender at two, three, and four-years-old, capturing the Arkansas Derby (G2), beating eventual Horse of the Year Saint Liam, and the Ack Ack Handicap (G3), by 5 ¼-lengths. Guam Typhoon, in addition to being a multiple stakes winner, set a track record in a career that saw him earn just shy of $500,000. Empire Desire is also a half-sister to graded stakes placed Lady Linda, the dam of the German Oaks (G1) heroine Penelopa. Another half-sister, Tabarin, is the granddam of Supreme Aura, a currently active stakes winner who is also by Candy Ride and very closely related to this colt.

This colt is inbred to Fappiano via Candy Ride’s male line and Empire Maker’s grandsire. This pattern has proved extremely effective for Candy Ride. He has Test Stakes (G1) and Frizette Stakes (G1) heroine Separationofpowers and graded winner Crewman out of mares by Empire Maker – just like this colt. The most noteworthy example of Candy Ride’s success with Fappiano linebreeding comes from Gun Runner, who retired with a pair of Eclipse Awards and nearly $16 million in earnings.

The total capitalization of the 2019 Big Red Spring LLC is $800,000 with all expenses paid through December 2020. Investments are available starting at a minimum of $40,000 for a 5% percent interest. Please contact us any time for more information or if you would like to be a part of his journey.